Ten years after combination HIV treatment was heralded as the one and only way to treat HIV, data are emerging to suggest that monotherapy – the use of just one HIV drug – may, in fact, be a possibility. The results of three Kaletra® (lopinavir plus ritonavir) studies reported at the International AIDS Conference (IAC) in Toronto will undoubtedly spark a lot of interest in this unorthodox treatment approach.

The idea behind Kaletra monotherapy as a possible treatment option was born at the previous International AIDS Conference two years ago in Bangkok. Joe Gathe, MD, a clinician in Houston, presented data involving 30 HIV-positive people who had never been on HIV treatment in the past. They were all prescribed Kaletra, without other HIV drugs, for a total of 48 weeks. Two patients dropped out because of virologic failure; an additional eight dropped out for other reasons, ranging from poor adherence to a diagnosis of hepatitis B. Among the 20 patients who remained in the study for 48 weeks, all maintained viral loads below 400. Ten had viral loads below 50 by the end of the study. What’s more, none of the 20 patients had any evidence of resistance to Kaletra – a big concern when monotherapy is used – by week 48.

At this year’s IAC, a group of French researchers reported the results of an Abbott Laboratories-funded study (the MONARK Trial) comparing Kaletra monotherapy to Kaletra plus Combivir® (zidovudine plus lamivudine) in 126 HIV-positive people starting HIV treatment for the first time. The study will follow patients for 96 weeks. The data presented by Jean-Francois Delfraissy, MD, of the Kremlin Bicêtre Hospital in Paris, reflected 48 weeks of follow up.

Upon entering the study, viral loads averaged between 20,000 and 30,000 in both groups of patients. CD4 counts (T cell counts) were 257 in the Kaletra monotherapy group and 234 in the Kaletra/Combivir group.

The primary study parameter was the percentage of patients with viral loads below 400 at week 24 and below 50 at week 48.

CD4 counts increased by approximately 150 cells in both groups. The development of mutations conferring resistance to Kaletra was also similar, occurring in 2% of patients in both groups. What’s more, similar side effects were observed. The two patients in the Kaletra monotherapy group who developed protease inhibitor resistance mutations were able to reduce their viral loads to undetectable by adding Combivir.

While these data suggest that HIV treatment with Kaletra monotherapy demonstrated impressive viral load-reducing activity over 48 weeks, it was associated with more episodes of virologic failure compared to standard three-drug therapy. Dr. Delfraissy indicated that complete (96-week) results of the study, along with additional analysis exploring which patients in the study were most likely to respond favorably to Kaletra monotherapy, are needed to draw any firm conclusions.

What about starting HIV treatment with a triple-drug regimen and then switching to Kaletra maintenance monotherapy? Two studies at IAC evaluated this question and reported encouraging results.

There was also the OK04 Study, reported at IAC by José Arribas, MD, of Hospital La Paz in Madrid. The trial enrolled 198 HIV-positive patients who had viral loads below 50 for at least six months while on a regimen containing Kaletra and any two nucleoside reverse transcriptase inhibitors (NRTIs). If selected for the study, the patients were randomized to either stop their NRTIs or continue on their existing Kaletra-based regimen.

The study looked at the percentage of patients who experienced virologic failure – defined as two consecutive viral loads above 500 two weeks apart, a change to their regimen, or treatment discontinuation – by week 48 of the study.

The failures in the Kaletra maintenance monotherapy group included three patients lost to follow-up (they simply dropped out of the trial), two patients with rebounding viral loads and evidence of resistance to Kaletra, and one patient who changed treatment. In the Kaletra/NRTI group, four patients were lost to follow up, three had rebounds in viral load (two without evidence of resistance and one with), and three with treatment-altering side effects.

Dr. Arribas and his colleagues concluded that Kaletra maintenance monotherapy was comparable to a complete Kaletra-based regimen in patients who had undetectable viral loads on a complete Kaletra-based regimen for at least 24 weeks. Only a small number of patients, he pointed out, needed to be restarted on triple-drug treatment due to virologic failure while on Kaletra maintenance monotherapy.

The researchers presenting these three studies indicated Kaletra monotherapy is associated with sustained effectiveness, whether it’s used from the start or as maintenance therapy. However, they all cautioned that additional studies – and additional analysis of the studies completed thus far – are needed to determine which patients are most likely to benefit from this approach and, more importantly, to figure out if there are specific factors associated with a higher risk of failing Kaletra monotherapy. Until then, they cautioned, Kaletra monotherapy should be regarded as an experimental approach only suitable for clinical trials. 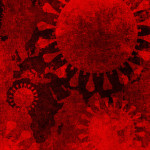 Can Hydroxychloroquine Prevent or Cure COVID-19? 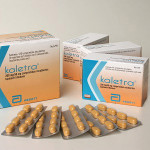