We Believe in Magic 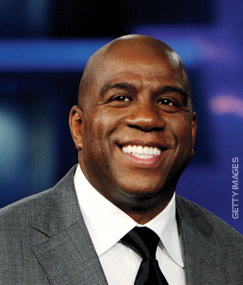 Earvin “Magic” Johnson’s empire runs the gamut. He has his pro-basketball–sized hands in everything: Starbucks and T.G.I. Friday’s franchises, a Broadway play, movie theaters, the Los Angeles Dodgers and a television network.

And now—as if his investment portfolio didn’t boast enough variety—Magic Johnson Enterprises has partnered with Simply Healthcare Plans to launch Clear Health Alliance, a subsidiary that will work initially as a Medicaid plan for people living with HIV/AIDS in Miami-Dade County and later throughout Florida.

In a state with budget issues, a large population of low-income Latinos and African Americans and, at press time, 650 people on its AIDS Drug Assistance Program (ADAP) waiting list, Magic’s “high-touch, high-care program” is just the ray of light that the Sunshine State’s HIV/AIDS community needs. Here’s hoping Magic takes this show on the road.