Why people with HIV want cannabis from a drugstore, not a dealer

After 17 years with HIV, freelance music producer and DJ Evan McIntyre wrestles more with med side effects than with the virus itself. But with his doctor’s recommendation, he uses a remedy that lands many tokers in jail. “My meds are saving my life,” he says, “but marijuana is saving me from my meds.”

McIntyre, 37, has plenty of company among positive people seeking relief from side effects. But although a dozen states now allow medical use of marijuana, the federal government still classifies it as a “dangerous” drug and approves only a synthetic version—the pill Marinol—which lacks some of marijuana’s therapeutic ingredients.

Medical-marijuana advocates are firing up a new campaign to change all that, suing to force the feds to recognize weed’s medicinal use. The suit alleges that the government ignores or distorts information, denying citizens legal access to a proven therapy. A study in February’s Neurology offered the newest ammunition: a carefully designed, placebo-controlled, peer-reviewed clinical trial involving 50 HIV positive people with peripheral neuropathy (PN). The conclusion: Two puffs of pot three times a day for five days reduced PN pain by an average of 34%.

The U.S. Drug Enforcement Administration dismisses the study—and earlier ones—as “maneuvers in a strategy to legalize all drugs.” The Office of National Drug Control Policy’s David Murray, for example, says the PN study was small and ignored smoking’s lung damage. (Advocates counter that a UC San Diego study found no link between inhaled pot and lung cancer. And they say a vaporizer can replace smoking.)

One PN study participant, Diana Dodson, 50, of Santa Cruz, California, originally used marijuana so she could swallow meds to treat an HIV-related bacterial infection. Positive since 1985, she now smokes to alleviate PN’s “awful, burning, bruised feeling in my feet.” When weed wasn’t legally available, she says, she needed morphine.

Marijuana “munchies” have been shown to help positive folks gain weight without provoking harmful interactions with HIV meds. And a 2005 NIH study showed that toking to tackle nausea may help people take their HIV meds—the opposite of how recreational drugs generally affect adherence.

Like other drugs, cannabis doesn’t fit everyone. It has its indications and doses—and side effects, which can include dry mouth, dizziness, disorientation and anxiety. It can also worsen or mask some conditions common with HIV, such as chronic depression; folks with substance abuse problems need to tread carefully too. The appropriate dose is not “get stoned”: Dodson says she takes “two or three puffs every two hours or so.” And as with other remedies, different brands (Purple Nurple, Shiva Skunk) may work differently. Responsible sources such as buyers’ clubs allow users to avoid street pot’s dangerous additives.

If you think you need marijuana, you’ll need a doctor’s recommendation (not a prescription—marijuana isn’t FDA-approved). For legal info, including how to get the herb in those 12 pot-permitting states (Alaska, California, Colorado, Hawaii, Maine, Maryland, Montana, Nevada, Oregon, Rhode Island, Vermont and Washington), contact Americans for Safe Access (ASA) at www.safeaccessnow.org or 888.929.4367. Kris Hermes, ASA’s legal campaign director, says that while federal attempts to preempt state laws continue, “providers and growers are more often targeted than individual patients.” A voluntary ID card can verify legal permission, shielding you from harassment and arrest.

ASA aims to bring marijuana soon to all in need. “We’re using science to challenge the position that marijuana is not medicine,” Hermes says, referring to the group’s research campaign. Light one up for science. 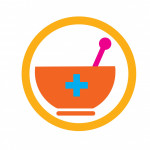