HIV positive people with hemophilia are seeking reparations; perhaps others should follow suit

In trying to make sense of the U.S. government’s indifference to and complicity in the deaths of hundreds of thousands of Americans with AIDS, activists have often made comparisons to the Holocaust. Larry Kramer’s Report from the Holocaust details the unspeakable neglect of our nation’s recent past most clearly.

After World War II, Germany was forced to pay reparations to Israeli citizens and Jews worldwide, and recently the United States paid reparations to interned Japanese-Americans and the Japanese compensated Korean “comfort women” whom they sexually enslaved during the war. There are other examples of horrendous crimes perpetrated by governments that have results in a call for payment of reparations. The enslavement of African- and Carribean-Americans for nearly three centuries and the grotesque medical experimentation on unsuspecting subjects in the Tuskegee Syphilis Study are just two.

Most recently, thousands of people with hemophilia who were infected with HIV because of corporate greed and government negligence have asserted their right to compensation. And it looks like they are meeting with some success.

In the United States alone, a recent settlement with blood-product manufacturers resulted in a paltry $100,000 offer to each recipient of tainted products. In addition, people with hemophilia may be entitled to compensation through the proposed $1 billion Ricky Ray Hemophilia Relief Fund Act, which currently has 244 cosponsors in Congress. Blood money in its most literal sense.

Twenty-two governments have made reparations to PWAs with hemophilia, and 22 governments have taken responsibility. In several countries, high-ranking government and corporate officials have been convicted of crimes and even been sentenced to prison for their failure to protect people with hemophilia from infected blood products. The United States is unique in its refusal, to date, to similarly acknowledge its responsibility or pay compensation.

Now is the time to bring up the issue of reparations for the rest of us who were needlessly infected, suffered or died because of our government’s policies.

POZ combats the notion of victimhood on every page. But to shed the mantle of victim does not mean we must ignore the reality of genocidal policies, some of which persist to this day. To seek reparations is not to claim victimhood; it is to demand accountability of our government. It is to uncover the truth and to promote justice. To say, “Never again.”

Last summer at the International AIDS Conference, Elizabeth Taylor said the government’s failure to fund needle-exchange programs amounts to “a measured act of premeditated murder.” A parallel holocaust is in process right now, among young African-Americans and Latinos, prisoners and gay men of all races because of the failure to provide explicit, effective safer-sex materials and the failure to distribute condoms in schools and prisons.

We cannot be expected to trust our government until it faces uncomfortable truths and accepts responsibility for its murderous inaction. More importantly, how can the problem be addressed today when the government continues to deny the injustice it has already inflicted?

As for reparations, I’ll settle for an apology and immediate action to save lives. But I’m not holding my breath. Institutional and political amnesia are powerful forces. And the lives of young people of color, injection-drug users and gay men continue to be discounted and devalued by those guided by greed and power. 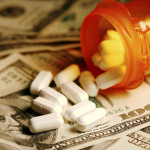 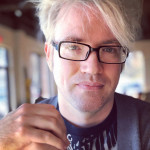 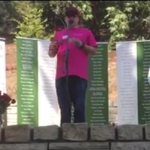