A Place To Live

The new CEO of Bailey House reflects on its 35 years of housing people living with HIV/AIDS and its future. 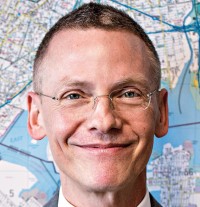 Daniel W. Tietz became CEO of Bailey House in October 2017. The New York City–based nonprofit organization serves more than 1,800 men, women and children living with HIV/AIDS and other chronic illnesses through housing, health services and community support. Tietz is a registered nurse and a lawyer with more than 30 years of experience.

He succeeds longtime CEO Gina Quattrochi. She died of cancer in December 2016, prompting the board of directors to conduct a national search for a new leader.

Most recently, Tietz was chief special services officer at New York City’s Human Resources Administration. He oversaw the HIV/AIDS Services Administration and other programs for the city’s most vulnerable residents. Before that, he was executive director of ACRIA, formerly the AIDS Community Research Initiative of America.

Bailey House was formed in 1983 as the AIDS Resource Center (ARC). In 1986, ARC opened the first U.S. congregate residence for people living with HIV/AIDS. Located on Christopher Street in Greenwich Village, it was named Bailey House.

Then, in 1995, the organization changed its name to Bailey House to honor one of its founders, Reverend Mead Miner Bailey. The Christopher Street residence was renamed Bailey-Holt House to honor support from Broadway producer Fritz Holt. In 1997, the East Harlem Service Center opened, which added job training, a pantry and substance abuse services. Schafer Hall, a housing residence in East Harlem, opened in 2001.

Tell us about the people Bailey House serves.

About half of our clients are living with HIV. The other half are not, but they look similar in terms of health and services needs. We expanded services to those who are HIV negative in our communities, since in many cases they are also at substantial HIV risk.

If we do our jobs right—focus on homelessness and housing instability, on poverty, on hunger and on folks who are marginalized—in addition to helping those with HIV, then we also effectively address HIV prevention and improve overall health outcomes.

How is the Bailey-Holt House building?

The building on Christopher Street certainly was seriously damaged as a result of Hurricane Sandy. Although repairs and improvements were made, the building is in fine shape and has been for some time.

The challenge now, as part of our strategic planning for the entire organization, is what we ought to do with that piece of property moving forward. We’re actively in the middle of finalizing those plans.

We want to take bold action in our strategic planning. The populations we serve struggle with poverty, mental health and substance use challenges, and homelessness or housing instability. Our goal is to bring our mission to life and ensure that our clients, now and in the future, get all that they need such that their quality of life is improved and maintained.

If we are really true to our mission of transforming the lives of the people we serve, we should be finding a way to get our clients all the services they need in a one-stop-shop kind of way.

Not only are we figuring out what to do long-term with Bailey-Holt House, but we’re also taking a careful look at the next steps for our housing programs in general. We’re absolutely contemplating doing more housing development. That could involve partnering with developers so that we’re the provider of services and the manager for that housing, but it could be any number of things that expand our affordable and supportive housing portfolio for the communities we serve. 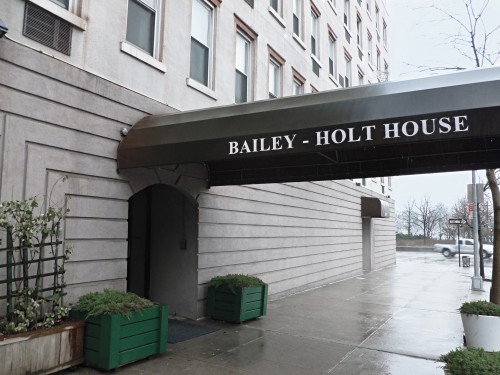 Tell us about your advocacy concerns.

On the federal level, those of us serving marginalized communities are going to be super challenged. The tax scam that was signed into law will undoubtedly lead to less federal money for health, housing and social support programs.

For example, when it comes to affordable housing development, the money from HUD [Department of Housing and Urban Development], whether it’s for HOPWA [Housing Opportunities for Persons With AIDS] or for Section 8 [Housing Choice Voucher Program] or other low-income housing programs— you can’t have created via this terrible tax law that big of a budget gap and imagine that this Congress and this White House aren’t going to be looking at literally every entitlement and grant program to make harmful and painful cuts.

That includes Medicaid and Medicare, as well as related programs that we value, including other housing programs and the Ryan White HIV/AIDS Program. I’m still part of the Federal AIDS Policy Partnership, which advocates for sensible federal HIV and related policies, so we’re going to firmly and actively push back.

The loss of funds isn’t just directed to groups like Bailey House but also to cities and states nationwide. What’s going to happen to the money that comes to the state and city of New York from HUD, Ryan White and the Centers for Disease Control and Prevention? We can already see the multimillion-dollar budget gaps.

One of my biggest concerns at a state and local level is Medicaid funding. New York has an expanded and expansive Medicaid program. If there were significant federal cuts to Medicaid or block-granting of the program, I worry that city and state taxpayers are not going to be able to fully replace that funding to keep necessary services in the communities we serve and that have the greatest needs.

Do you have any other tax law concerns?

We raise a substantial portion of our unrestricted budget annually via private fundraising, and you’d better believe we’re worried about it.

However, I’m hoping that the increase in the standard tax deduction won’t affect how most of our donors decide to give, because I think they really care about Bailey House and what we do. I also think that most folks look at how well they’re doing from year to year and give in proportion to their resources.

That said, the changes to the tax code could matter to some people, especially if they don’t continue to get the same federal tax breaks for their state and local income and property taxes that they used to get. If some choose not to itemize deductions and just take the newly increased standard deduction, I do worry about the impact on their giving.

It’s hard to say whether reduced corporate tax rates will affect the level of giving from corporations and their charitable foundations. Admittedly, some of that giving is about marketing, that they want presence in certain communities, so you could expect to see some of that money still given. It’s an open question whether the giving would be at the same level in the future.

After three decades fighting for social justice, what keeps you involved?

I counted the other day and realized that I’ve been in and out of government five times! I really like the intersection of health, housing, human services and public policy, as well as being in the mix of delivering those things and leading a place that actually delivers quality services.

This last government gig [at New York City’s Human Resources Administration (HRA)] was by far the most interesting I’ve had and also the hardest.

What we don’t have today in terms of federal leadership, we quite thankfully have here in New York with Governor Andrew Cuomo, Mayor Bill de Blasio and HRA Commissioner Steven Banks. Here we have people who are committed to this fight. Hopefully, we’ll be able to keep our shared commitments to those with the greatest needs even through all our struggles with the folks in Washington.

I’ve had losses in my personal life. I also know plenty of people living with HIV, so this fight really matters to me.

There’s some continuity in my career, from where I started in the HIV epidemic to now. It seems like now would be a terrible moment to get off this boat! I want to stay on in the fight until the end, working hard to see the epidemic’s end for all—sooner rather than later. 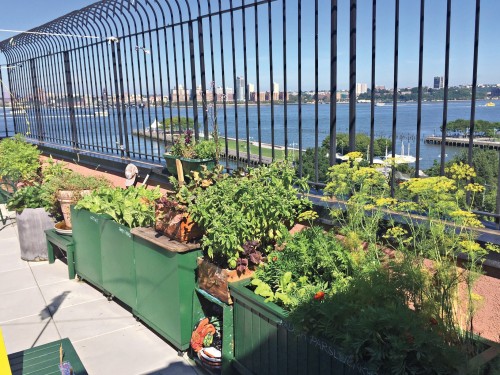 The rooftop view of the Hudson River from Bailey-Holt House.Courtesy of Bailey House