Advocates are concerned about gaps in coverage for people with HIV/AIDS under the Affordable Care Act (a.k.a. the health care reform law, or ACA), Kaiser Health News reports. The good news is that people with pre-existing conditions such as HIV/AIDS can no longer be denied health insurance, and low-income people with HIV no longer need to have AIDS to qualify for Medicaid. The bad news is that, in the short term, gaps have emerged. Advocates are concerned some health plans are not covering certain HIV medications, are charging high amounts for key drugs and are not informing consumers about which providers and drugs are covered. Concerns also include high co-pays and other out-of-pocket expenses. A related concern is the fate of the federal Ryan White HIV/AIDS Program, which provides $2 billion in services to about half a million people each year. As many people with HIV/AIDS become eligible for insurance under the ACA, advocates are concerned that Ryan White funding could be cut or eliminated. 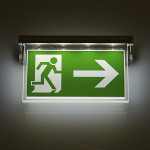