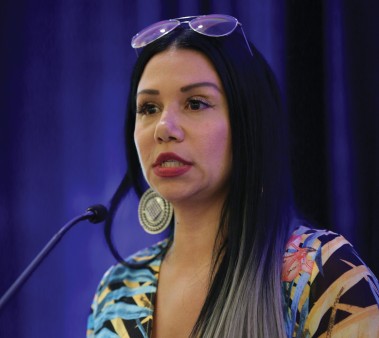 This Activist Wants to Take on Bill Maher

The Charlie Sheen saga continues. After the HIV-positive actor flew to Mexico to be “cured” from a quack, HBO’s Real Time With Bill Maher gave airtime to the so-called doctor, Samir Chachoua, who peddled his goat milk virus cure.

AIDS activist Maria Mejia was so outraged by the show, she started a Change.org petition asking Maher to host a real HIV expert. “I felt angry and scared for the millions of people around the world living with HIV,” Mejia tells POZ, explaining that she gets the allure of quacks: After her diagnosis, she was so desperate that she tried natural cures. “How dare that doctor say that our medications are poison and that we should leave them,” Mejia says. “I am healthy! In love! And living a full life because of these meds!”

ALSO: The “Charlie Sheen effect” is officially a thing. A study found that when Sheen disclosed his HIV status in November, coverage of the virus got a big boost: U.S. Google searches for HIV were the highest ever. #Winning!!!