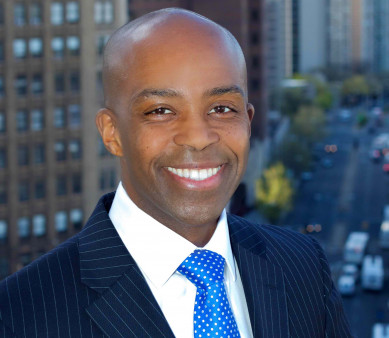 The two-year grant was awarded to the HRC Foundation, the educational arm of HRC. As David explains in our interview below, HRC will work with community-based organizations, nonprofits and HIV care providers to connect, for the first time, the resources and services available to minority communities so they can have a greater impact—for example, so that HIV awareness and testing organizations are linked with those that provide HIV treatment and prevention. In many cases, HRC has already established partnerships with the groups, such as Brothers Incorporated in New Orleans, Us Helping Us in Washington, DC, and Arianna’s Center in Miami and San Juan, Puerto Rico. New alliances will also be formed.

The HIV and health equity initiative arrives as related disparities continue to impact communities of color and the transgender population. For example, as an HRC press release points out, one in two Black gay and bisexual men are expected to be diagnosed with HIV in their lifetime. For Latino gay and bisexual men, that number is one in four.

“Gilead is committed to promoting social justice and racial equity for the patients and communities we serve as well as for our own employees,” added Daniel O’Day, chairman and CEO of Gilead Sciences, in the press release. “The grant to HRC builds on our commitment to advance equity in health care, particularly in Black communities and other communities of color that are disproportionately affected by HIV and other diseases.”

For more details about the HRC-Gilead initiative and for insight into HRC’s advocacy efforts under a new administration in the White House, POZ spoke with David on the eve of the initiative’s launch. The interview has been edited for length and clarity.

How would you describe this partnership between HRC with Gilead, and what’s most exciting about it?

This grant focuses on Black and brown communities that have been disproportionately impacted by HIV. As you know, there are many community-based organizations [CBOs] receiving support from a variety of different sources. What is unique about this grant is that we have the ability to compile relevant resources and services in a holistic way and use the continuum of care model to ensure that all of our programming is working together.

I’m excited about the possibility that we can engage in transformational change. I’m excited about taking all the various levers that we have at our disposal, about working with coalition partners and CBOs and really coming up with a program that will have significant impact and meaningful change for people who have been disproportionately impacted by HIV for such a long time.

And because of the size of the grant and because HRC is the largest LGBTQ organization in the country, we are in a position to achieve transformational change at scale. That’s really the distinction between the great work that’s already been done and what we’re hoping to achieve.

This new initiative is about centering the work to combat HIV in Black and Brown communities. We must expand awareness of and access to prevention and life-saving tools.

Can you give us a concrete example of how this initiative will play out?

Sure. For example, we will be able to partner with CBOs and historically Black colleges and universities to establish a memorandum of understanding that will bring HIV testing and treatment services to local campuses while providing technical assistance and capacity building to campus health centers. That currently does not exist. For the first time, we are going to be able to bring the resources and services together. If we’re not talking to each other and not using our resources to build on each other, there’s a potential disconnect. We’re looking to take some existing programs and some new programs and—this is the key—make them all work together.

Part of the Gilead grant helps fund HRC’s Transgender Justice Initiative. Is this also focused on HIV and health equity?

HRC’s advocacy work focuses on the LGBTQ community. How would you place its HIV efforts in that larger context? And has that focus changed in recent years?

The HIV health equity program has grown substantially in the past five years. The Human Rights Campaign was created in the 1980s during the height of the HIV epidemic in United States, when largely gay men and people of color and transgender people were dying of HIV. Over the years, there has been less attention paid to HIV than should have been.

I think many people in the LGBTQ community assumed that HIV was [no longer a priority] because largely white men were able to either avoid contracting HIV or protect themselves [by accessing medication]. That’s not the case for many Black and brown communities.

I can only speak to the last year and a half I’ve been at the organization, but I’m pushing to make sure we bring forward the stories and realities of people living with HIV so that we elevate the issue of HIV prevention and access to medication as a priority for the organization again. I think that HIV prevention and access to health care is a critical issue that we have to front load and make sure people understand.

The short answer is it has grown and has become even more of a priority under my leadership.

We have a new president in the White House. Does this affect HRC’s work in any way?

Yes, it does—quite substantially. In the new federal administration, we have a partner in government who understands the challenges we face as a community. When I think of the past few weeks, for me it all crystalizes with one word, and that is dignity.

I see this as working with an administration that sees opportunities for us to realize the full promise of our democracy. We have not even scratched the surface [of the work that needs to be done on that front]. We’re talking 400 years where Black people were treated as second-class citizens; we’re talking about decades where people living with HIV are still demonized or treated as pariahs in some parts of the country; we’re talking about transgender people not being treated as human beings. So we have a lot of work to do. But it’s exciting to have an administration we can partner with to try to realize that vision of what our country should be.

Would it be correct to say that you no longer have to play defense against a combative administration, so you can direct your money and efforts elsewhere?

Yes, the reallocation of resources is an important factor here, but with one huge caveat: We do have midterms in two years, and we have an election in four years. And so we have to make sure we are still supporting pro-equality candidates for offices and investing in our policy and political work. We have to recalibrate how we invest in some initiatives that were dead on arrival in the Trump administration.

Can you give an example of an initiative that you can now advance under the Biden-Harris administration?

Ending HIV as an epidemic. When I was the chief counsel for [New York Governor Andrew] Cuomo, I led that initiative to make sure New York ended HIV as an epidemic [Editor’s note: For more on that, see “New York State Is on Track to End AIDS by 2020, Says Governor” and “Plans to End the HIV Epidemic at Home and Abroad.”]

Other governors took charge [of ending the HIV epidemic] as well. But not the federal government. It actually defunded efforts to educate people on HIV and provide access to health care and increase prevention efforts. The past four years, we heard lip service and in fact a lot of misinformation about the Trump administration’s support of issues affecting marginalized groups—and HIV is one of them. Now we have an administration that will actually be investing in prevention and education in a way we didn’t for the past four years.

To learn more about HIV in the African-American, Latino and transgender communities, see POZ.com’s HIV Basics section on HIV in Specific Populations.