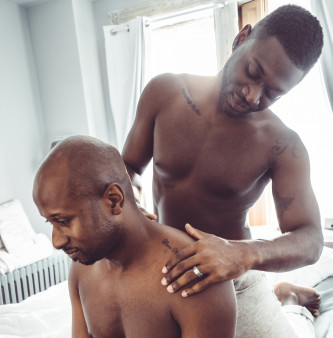 Men, how’s your function in the bedroom? If you smoke, have sleep apnea, didn’t start HIV treatment right away or if you have been taking a protease inhibitor as part of your antiretroviral regimen, it might be flagging, according to an analysis published in HIV Medicine.

Studies offer conflicting evidence about whether HIV itself is associated with more or less erectile dysfuntion (ED). But what scientists do think they know is that ED is a vascular disease—trouble pumping enough blood to the penis could be linked to overall heart function and vascular disease. Since growing evidence suggests that people living with HIV, especially white men, are more likely to have artery-clogging plaques than screening would suggest, it’s possible the two are linked.

In this retrospective analysis, Nathan Jansen, DO, of the San Antonio Military Medical Center in Texas, and colleagues used data gathered since 1986 from the U.S. Military HIV Natural History Study, which follows 5,682 cisgender men living with HIV in active military service or who receive care through the Veterans Administration health system. Roughly 43% of participants overall were Black.

Of the 5,682 men in the study, 543 (10%) had received an erectile dysfunction diagnosis since their HIV diagnosis; 488 were included in this analysis. The researchers compared this group against 976 study participants without an ED diagnosis matched for age and duration of follow up. They then assessed whether comorbidities like cardiovascular disease, sleep apnea, diabetes, peripheral vascular disease, depression and smoking were associated with erectile dysfunction. They also looked at HIV-specific factors, like CD4 count, delay in starting HIV treatment and protease inhibitor use.

Overall, 10% of men in the study received an ED diagnosis since finding out their HIV status. The men in both the case and control groups were diagnosed with HIV at a median age of 31. And while twice as many men in the control group had a CD4 count below 200 at HIV diagnosis, the men with ED had been living with HIV longer before beginning treatment. Nearly half (46%) of men with ED had been living with HIV for more than four years before starting antiretrovirals, compared with just 26% of men without ED. The men with ED were also more than twice as likely to have used a protease inhibitor for more than a year: 49% of men with ED and 20% of men without such a diagnosis.

When they analyzed the data all together, they found that protease inhibitor use for more than a year, starting HIV treatment more than four years after diagnosis and sleep apnea were significantly associated with being diagnosed with ED. Specifically:

Not smoking was associated with a 19% decreased risk of an ED diagnosis. But high blood pressure, high cholesterol, depression, diabetes and even low CD4 count at diagnosis were not independent risk factors.

“Erectile dysfunction was common in men with HIV and associated factors included both HIV-related and traditional factors,” the study authors concluded.

Click here for more news about HIV and erectile dysfunction and HIV treatment.