Plus: Watch videos from this year’s HIV is Not a Crime (HINAC) virtual conference.

Earlier this year, Illinois became the second state to repeal its discriminatory HIV crime laws (California did so in 2017). What’s more, legislators in Missouri, Nevada and Virginia successfully reformed such laws during their 2021 sessions.

HIV criminalization refers to the use of laws to target and punish people who have HIV. The problematic practice dates to the early days of the epidemic, when fear and panic motivated lawmakers and little was understood about the virus. Fast-forward four decades—indeed, this summer marked 40 years of AIDS—and we now know, for example, that people living with HIV who maintain an undetectable viral load cannot transmit the virus through sex, a fact referred to as Undetectable Equals Untransmittable, or U=U.

Outdated HIV laws do not factor in the latest scientific knowledge. Even worse, under current laws in many states, people with HIV can be prosecuted and sentenced to prison even in cases where HIV was not transmitted, simply for allegedly not disclosing their status.

Of note, repealing HIV laws does not mean that people can’t be held accountable for intentionally transmitting HIV. Other laws may apply to the situation. And in Nevada, for example, intentionally spreading HIV remains a crime but is now a misdemeanor, not a felony. Similarly, lawmakers there removed the felony enhancement charge for someone with HIV who engages in sex work; that is also now a misdemeanor. 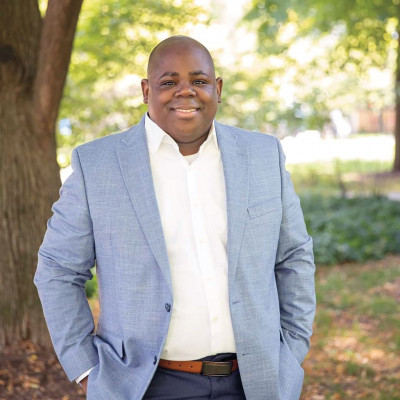 Timothy Jackson, the director of government relations at AIDS Foundation Chicago and a leader of the movement that helped repeal the Illinois HIV law, tells POZ that the state’s old statute was “overly harsh, discriminatory and a barrier to HIV testing and treatment.” Indeed, criminalization unfairly targets the minority populations most impacted by HIV, including Black and brown communities and LGBTQ people. The unjust laws foster stigma and discourage people from knowing their status.

Since 2014, HIV advocates have gathered every other year for the HIV is Not a Crime (HINAC) training academy organized by the Sero Project. HINAC mobilizes attendees to end HIV criminalization and offers them a chance to build vital coalitions for this cause and related social justice movements.

The 2021 academy, HINAC4, held June 7 to 10, was virtual (and a year late) because of COVID-19. The good news is that 20 videos from this year’s event are now posted on YouTube, including HINAC4 Opening Ceremony Directors Cut emedded above.

Titles of other videos include How a Single Individual Can Make a Different in the Fight Against HIV Criminalization Laws, Women Sharing Experiences around HIV, Criminalization and Disclosure, and How to Control the Narrative When You’re Not Holding the Mic.

For maximum effect, this year, the Sero Project partnered with other national networks of people living with HIV (PLHIV): Positively Trans, Positive Women’s Network–USA, THRIVE SS and the U.S. PLHIV Caucus. In addition, this year’s academy also hosted three pre-institute meetings—titled “Black United Leadership Initiative,” “White People Dismantling Racism” and “Latinx+ Community”—during which participating groups could “strategize and discuss specific needs they have from HIV leadership as well as what their commitments will be to continue the work of meaningful intersectionality and dismantling racism,” explains Tami Haught, the Sero Project’s managing director.

A unique aspect of the academy, she says, is that it is led by and prioritizes people who are HIV positive.

“HINAC is time to make sure that [people living with HIV] are at the table, and trained to be at the table of the movement to modernize or repeal these laws,” says Andrew Spieldenner, vice chair of the U.S. PLHIV Caucus. “I look forward to advancing the conversation especially around unjust and disproportionate policing in our communities—which needs to be at the forefront.” 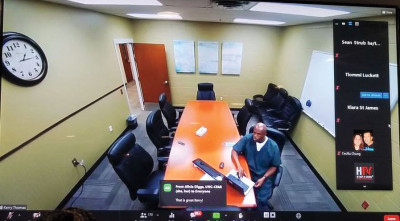 Kerry Thomas, who is incarcerated in Idaho, joins HINAC4 via ZoomFacebook/HIV is Not a Crime Conference

The academy’s opening session included stories of three men currently incarcerated because of HIV criminalization: Kerry Thomas in Idaho, Nushawn Williams in New York and Wayne in Ohio (he prefers to go by his first name). Thomas, who for the first time joined the event via Zoom, greeted everyone with the news that he might be released in 2023 instead of 2038. “What we are doing at the [HINAC] training academies [and] across the country,” he shared, “is so important to get the momentum to help a case like mine.”

“Education is the key for all state coalitions,” Haught tells POZ, “including PLHIV, the general community, legislators, reporters, basically everyone. HINAC plays a key role in providing advocates a space to share successes, discuss challenges and offer advice and best practices. 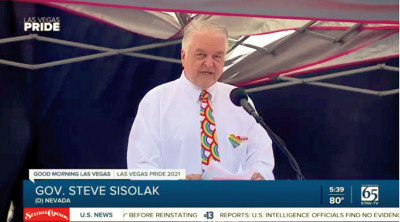 “Our plenaries,” she says, “highlighted amazing leaders showcasing the critical work and analysis needed in HIV criminalization when it comes to gender, race, lived experience and the concentrated effort many advocates prioritize to prevent new laws criminalizing PLHIV from being created.”

State advocates in Pennsylvania and Texas successfully fought to keep criminalization bills from being passed—efforts, Haught says, that “are just as daunting as reforming a law.” More good news could lie ahead, as HIV coalitions in Georgia, Ohio, Idaho and Virginia are making headway in their states.

And yes, there will be an HINAC5. You, too, can learn how to break—as in repeal and reform—unjust HIV laws.