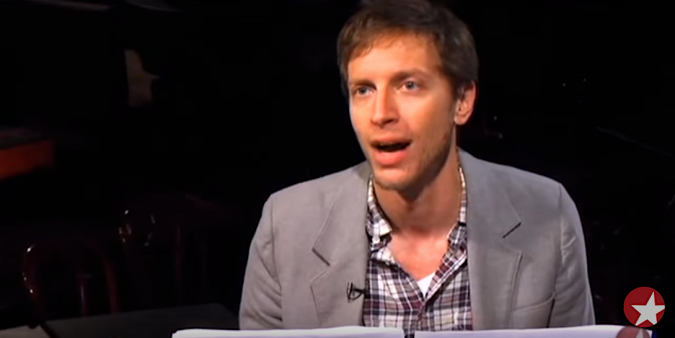 More Details on the Broadway Composer Lost to AIDS at 41

Michael Friedman, best known for “Bloody Bloody Andrew Jackson,” reportedly found out he had HIV only nine weeks before his death.

UPDATE: On October 11, The New York Times followed up on the story of Michael Friedman’s death, originally written about below. Although the update also leaves us with many questions, it does state that, according to his family, Friedman had only known about his HIV-positive status for nine weeks before he died of AIDS-related illness on September 9.

The story has resulted in much speculation about how a 41-year-old gay Broadway composer with health insurance has HIV that progresses to life-threatening AIDS—including developing purple lesion-like spots on his face—without getting tested for HIV and taking meds. Perhaps the private motivations and fears of this talented and beloved man will never be known, but suffice it to say that this is a reminder that AIDS is not over and that it is vital to know your status and if you are HIV positive, to seek treatment.

Michael Friedman, a composer and lyricist who worked on and off Broadway, died in Manhattan on September 9, 2017. He was 41, and the cause was “complications of HIV/AIDS,” according to an announcement from the Public Theater as reported in The New York Times.

A cocreator of Bloody Bloody Andrew Jackson, which ran on Broadway beginning in 2010, Friedman often worked with the Public Theater and was a founding associate artist with the downtown New York theater troupe the Civilians. He was known, the Times reports, as being versatile, cerebral and witty. (Watch an interview with him via Broadway.com below.)

His death came as a surprise to the theater world. And it sparked conversations—as well as some fears—on social media about the likelihood of HIV-related death at such a young age in 2017, a time when the virus is considered by many to be more of a manageable chronic condition.

In a Facebook post, AIDS activist Peter Staley, featured in the documentary How to Survive a Plague, addressed these fears and tried to put them in a larger context.

He writes, in part: “AIDS in New York in 2017 is NOT AIDS in New York in 1995 (just before the drug cocktails were approved). Please don’t read today’s threads about Friedman’s death to think your own prospects are worse than you thought. They are not.”

Staley’s post includes a chart showing data on HIV-related death rates for various age groups in New York City. He notes that for “those in their 40s, about 5 out of 1,000 die from HIV/AIDS, and that number is falling each year. For comparison, about 9 out of 1,000 Americans with diabetes die of diabetes-related causes each year.

“So yes, AIDS is not over in New York, but HIV is easier to live with, by almost all measures, than diabetes.… But if you’re HIV positive, 41, and taking your meds each day, HIV doesn’t have some secret trick that’s going to sneak up on you and strike you down. You’re going to be okay. Life is hard enough without having to worry about bizarre what-ifs.”

The statement from the Public Theater about Friedman’s death did not provide more specifics about the cause. But Staley and many of those who commented on his post—including Larry Kramer—expand the conversation around Friedman’s death to explore possible reasons why someone in their early 40s living with HIV today could die because of the virus.

Many people acknowledge that stigma remains a challenge when dealing with the virus; for example, a person might not get tested or take meds because of stigma. Other factors that might interfere with treatment today include addiction, alcoholism and lack of access to health care.