In a New York City borough hard hit by HIV, a city health department program is putting a dent in the epidemic. An initiative called The Bronx Knows set out to test every Bronx resident who had not previously been screened, linking those who test positive with care and services. The program also aimed to reduce the number of people who are already sick with AIDS when they test positive for HIV.

In the United States, an estimated one in five people living with HIV don’t know they have the virus. And while Bronx residents were getting tested at higher than average rates (nearly 70 percent as compared with 40 to 45 percent nationwide), a little over 30 percent of them were late testers, meaning they already had AIDS when they took the HIV test. That makes accessing treatment—and survival—much harder.

This past July, Bronx Knows reported on progress as reflected in 2005 and 2009 telephone surveys (a formal evaluation is forthcoming).

When the project began in 2005, almost 70 percent of those surveyed reported having ever been tested for HIV. In 2009, more than 79 percent reported having been tested—a relative increase of about 14 percent. Most important, between 2005 and 2009 the percentage of people who already had AIDS when they tested positive fell from a little over 30 percent to less than 24 percent—a relative decrease of nearly 22 percent.

Given that it is not possible to stem the epidemic until more people living with HIV are aware of their status, an essential element of ending AIDS is better testing protocols. Here’s hoping the rest of America learns a lesson from the Bronx. 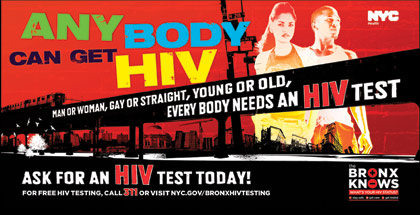 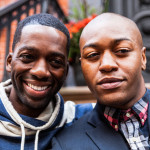