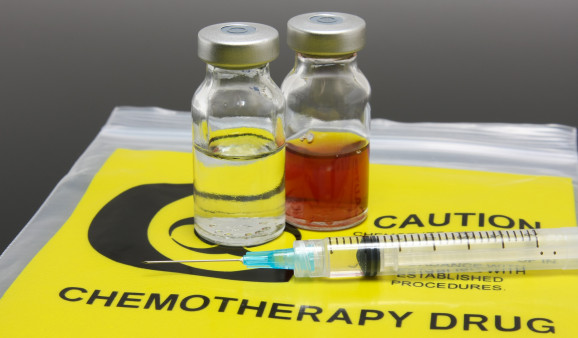 People living with HIV who receive chemotherapy or radiation therapy to treat cancer may experience declines in their CD4 T-cell counts, which are linked to an increased risk of death.

Based on these findings, the immunosuppressive effects of cancer therapies should be considered when developing treatment recommendations specific to this population, according to study authors Keri Calkins, PhD, of Johns Hopkins Bloomberg School of Public Health in Baltimore, and colleagues.

As people with HIV age, a growing number are developing non-AIDS-related cancers. Although recommended cancer treatment for HIV-positive people on effective antiretroviral therapy is generally the same as for HIV-negative people, a recent study found that people living with HIV are much more likely to receive no cancer treatment.

Traditional chemotherapy drugs kill healthy cells along with cancer cells, including CD4 cells and other immune system white blood cells. Radiation therapy can also kill off these cells. Low levels of white blood cells increase the likelihood of infection. This is a hazard for cancer patients as a whole, and the risk may be even greater for those who are HIV-positive.

As described in JAMA Oncology, Calkins and colleagues looked at the effect of cancer treatment on CD4 counts and viral load and whether these changes are associated with mortality risk among people living with HIV and cancer.

Nearly 70% were men, about three quarters were Black and the median age was 50. Although nearly 90% were on antiretroviral therapy, only around 65% had an undetectable viral load. Immune function was already compromised at baseline; nearly 60% had a baseline CD4 count below 350 and around half had a prior diagnosis of AIDS.

After receiving chemotherapy, radiation therapy or both, people with a baseline CD4 count above 500 experienced a steep decline of 203 cells soon after starting the treatment. Among those with up to 350 cells at baseline, the decrease was smaller, at 45 cells. That is, those with higher counts had more to lose. A similar drop was not seen among those who received surgery or no cancer treatment.

Chemotherapy and radiation therapy had no apparent harmful effect on HIV levels. In fact, some participants who did not have viral suppression at baseline saw a decline in their viral load, leading the study authors to suggest that increased monitoring and engagement in care while undergoing cancer treatment may have improved uptake or adherence to antiretroviral therapy.

After cancer treatment, people who received chemotherapy or radiation had a significantly higher risk of death than those who received surgery or no cancer treatment. After adjusting for viral load, cancer type and other factors, a decrease of 100 CD4 cells was associated with a 27% increase in mortality. There was no notable change in mortality associated with viral load changes after adjusting for CD4 count.

The good news is that CD4 cells rose again after finishing chemotherapy or radiation. People with CD4 counts below 350, or in the 351 to 500 range, saw their numbers rise above the baseline level within one to three months post-treatment. Those with higher counts, however, took longer—often more than a year—to return to baseline levels. Even after five years, they still had lower levels than those who received surgery without chemotherapy or radiation.

As Rachel Bender Ignacio, MD, MPH, and Thomas Uldrick, MD, both of the University of Washington in Seattle, and Henry Ddungu, MD, of the Uganda Cancer Institute, noted in an accompanying editorial, since the advent of effective HIV treatment, studies have shown that people with HIV can generally tolerate standard cancer treatment and, with the exception of those with very low CD4 counts, often have outcomes comparable to those of the general population. Plus, many modern antiretrovirals do not interact with common chemotherapy drugs, which simplifies cancer treatment for people with HIV, including those in low- and middle-income countries.

The Food and Drug Administration and the National Cancer Institute recently expanded clinical trial eligibility criteria to include groups that were previously usually excluded, including people living with HIV or hepatitis B or C. The editorial authors note that the latest study findings call into question CD4 eligibility criteria for such trials, as low numbers may be due to prior cancer treatment rather than HIV disease progression.

What’s more, studies by Uldrick’s team and other researchers have shown that checkpoint inhibitor immunotherapy, using medications such as Keytruda (pembrolizumab) or Opdivo (nivolumab), is safe and similarly effective for people living with HIV. The latest findings, the authors write, "suggest that introduction of immune-based therapies earlier in the course of cancer management may limit additional immunosuppression and be particularly beneficial for HIV-associated cancers."