CDC Details PrEP’s Woefully Low Use Among Blacks and Latinos

The federal health agency has revised its estimates of how many U.S. residents would benefit from PrEP and provided more granular data.

Only a slight fraction of the Black and Latinos who would likely stand to benefit from Truvada (tenofovir disoproxil fumarate/emtricitabine) as pre-exposure prophylaxis (PrEP) are actually taking the HIV prevention method, according to a new analysis from Centers for Disease Control and Prevention (CDC) researchers, who have revised their previous estimates of how many U.S. residents are good PrEP candidates.

Numerous data sets and analyses have in recent years joined an ongoing drumbeat warning that a downside of PrEP is that it is poised to widen existing racial disparities in HIV infection rates. Put simply, while Truvada as prevention for the virus has increasingly caught on among white MSM older than 25, racial minorities and in particular younger individuals are largely not getting on the bandwagon.

Epidemiologist Dawn K. Smith, MD, PhD, a medical officer in the CDC’s Division of HIV/AIDS Prevention, presented findings from the new analysis at the 2018 Conference on Retroviruses and Opportunistic Infections (CROI) in Boston. 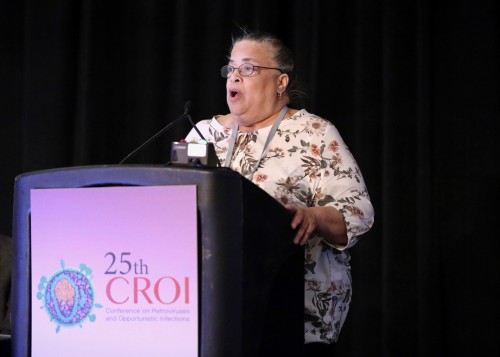 The CDC’s Dawn Smith speaks at CROI 2018 in Boston.Benjamin Ryan

Smith and her colleagues estimated that 1,145,000 U.S. residents are good PrEP candidates according to CDC guidelines, compared with a previous estimate of 1,232,000 people that was based on what likely were less reliable statistical methods.

Recent research from outside the CDC has suggested that the agency’s guidelines are actually too narrow when it comes to identifying Black PrEP candidates. 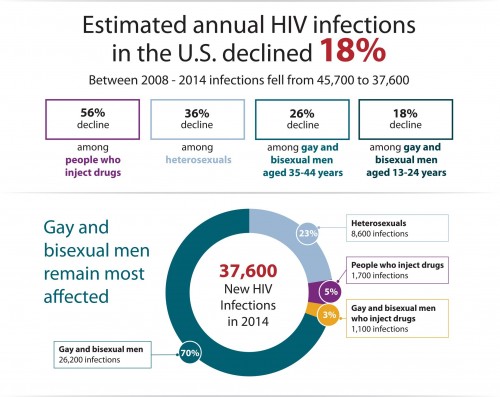 All told, 500,340 (43.7 percent) of those indicated for PrEP were Black, 282,260 (24.7 percent) were Latino and 303,230 (26.5 percent) were white. According to data from U.S. retail pharmacies, which process an estimated 85 percent of all PrEP prescriptions, just 7,000 and 7,600 Black and Latinos filled Truvada as prevention prescriptions between September 2015 and August 2016. (These data are further limited by the fact that racial data were not available for one third of the prescriptions.)

During that period, an estimated 14 percent of white, 3 percent of Latino, 1 percent of Black and 8 percent of all individuals indicated for PrEP were estimated to have received it through such pharmacies. 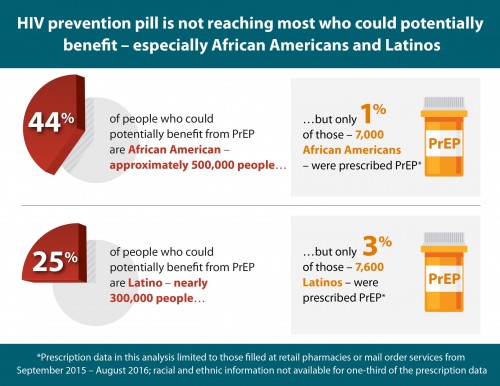 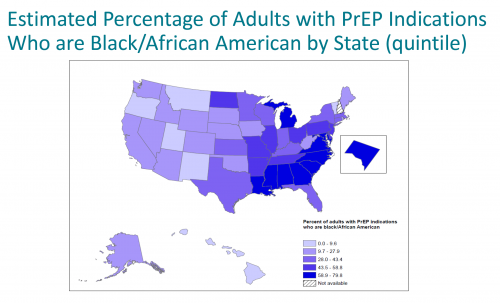 African-Americans who are likely good PrEP candidates are heavily concentrated in the South, where PrEP access tends to be the weakest compared to the need.Source: CDC

Breaking down the figures by region and race, the CDC estimated that PrEP use among those indicated for Truvada as prevention is greatest among whites living in the Northeast; 28 percent of that group apparently received Truvada during the specified period. Coverage was close to nil among Blacks in the South in particular. 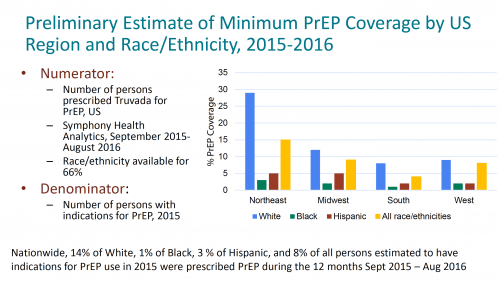 This graph concerns all people who are indicated for PrEP use, not just one subgroup, such as MSM.Source: CDC

The CDC’s new method of coming up with these estimates will allow the agency to produce state-by-state estimates of PrEP indication and use. The release of such data is forthcoming.

To read a press release about the analysis, click here.