Challenging My Own Bigotry

An HIV-negative gay man confronts his history with men living with the virus.

When presidential candidate Pete Buttigieg told the assembled donors of the LGBTQ Victory Fund that he’d struggled with his sexuality so viscerally he wanted to cut it out of himself, I didn’t understand. I’ve never been that conflicted about being gay, certainly not in a way that caused me such deep emotional pain.

But in his comments I recognized something I do know. We gay men who are HIV negative very often feel that way about our brethren who are HIV positive. We treat them, collectively, as something we would cut away from ourselves if we could.

From the time I became sexually active in college until many years later, I lived in total fear of HIV. I didn’t want it to be any part of my life. I trained myself to think that the men I slept with “might have it,” and I became fanatical about using condoms so I wouldn’t “get it.” I made sure friends had condoms before they left the bar with anyone “we don’t know” and on the day after the night before, I’d ask them if they’d been “safe.” I reminded people to get tested and would pester them to do so if they were “overdue.” I wanted to live in a world of gay men who were HIV negative because gay men with HIV were irresponsible, immoral and a threat to “the rest of us.”

Eventually, I became aware of what a self-centered bigot I was. The things I said, the attitudes they reflected, and the ways I behaved are still used to stigmatize gay men who are HIV positive.

I was 25 years old the first time a friend disclosed his HIV-positive status to me. I was living in New York; he was in San Francisco. His boyfriend had been cheating on him. He had suspicions. He got tested. He was dealing with it.

Unlike my friend, I was not dealing with it. I felt I’d failed, somehow, to keep the disease at bay. We’d had sex with the same people. Should I be worried? What if I had it? What would I do? I panicked; I got tested.

Not long after, I was dating a man in New York who was smart, engaging and great in bed. We saw each other off-and-on for six months. Then he went silent on me, totally disappeared. We had plans. I called to confirm, no response. I reached out a few times — after a couple of days, then after a couple of weeks. Six months later I left a voicemail just to say “I hope you’re alright.” Another six months and I got a call back.

He was sorry he’d been out of touch. He’d been dealing with some things. Could we meet for drinks? He’d explain.

We went to a bar on Christopher Street. The music was loud, and we stood close to one another to be heard. We chatted for over an hour. The attraction was still there so when he invited me back to his place, I didn’t hesitate. “Of course, let’s go.”

But then he leaned away, just enough to make the space between us obvious. His shoulders tensed, and his face got very tight. There was a pause and a sigh. “I have to tell you something first.”

I knew what he was going to say.

When we stopped seeing each other a few months later, it wasn’t because of his status. We’ve been friends for the many years since, and I’m grateful for a relationship that’s forced me to constantly challenge my bigotry. Spending time with him has shown me that HIV isn’t something I should want to avoid. It will always be part of my life because gay men will always be part of my life, and some of them will be positive. There’s nothing about the virus that makes them any less engaging, smart, or great in bed.

Since that night on Christopher Street, I’ve had a number of relationships with HIV-positive men. Each of them has begun, more or less, the same way. After about three or four dates, when it’s clear there’s chemistry and I invite him to spend the night, he leans away, his shoulders tense, and his face tightens. There’s a pause, then a sigh. “I have to tell you something first.”

I’d like to think I’ve gotten better with my responses. I’ve accepted that as a sexually active gay man HIV is going to be a part of my life, and I want to make room in it for gay men to be open with me about their status. I don’t need to know when a man got his diagnosis, and I don’t solicit the details of his sexual history. Before pre-exposure prophylaxis, or PrEP, I would have asked if his viral load was undetectable, but now I just say “I’m on the pill.”

I recognize the hatefulness I once spread and the damage I caused. I’ve seen it in the eyes of men I’ve dated when they shared their status. I’ve sensed it in the anxiety of the moment just before they told me. I’ve heard it in the voices of friends as they recounted stories of being cast aside after coming out as HIV positive; and I’ve understood it from their nervousness about the third or fourth date, when they want to spend the night with a man who’s fun and sexy, but they wonder if he’ll suddenly, or maybe just gradually, shun them for their honesty.

Every time a friend says he genuinely believed “this guy would be different,” I know that his pain — the pain of being reduced to something undesirable, even to the point of being considered disposable — is a misery I, another gay man, have inflicted on him.

Buttigieg may have been talking about the rejection he feared as a gay man in a straight world, but what he said has forced me to confront my own history of stigmatizing gay men who are HIV positive. He’s reminded me that there’s still a part of our own community some of us would happily cut away if we could.

But we should know better. HIV is a part of our lives because gay men who are HIV positive are part of our lives. They are our friends, and medical science — including PrEP and the message of Undetectable Equals Untransmittable, or U=U — has made it easy for us all to be lovers. We continue to discriminate only because we choose to be ignorant.

We owe it to one another to fight the general bigotry against HIV that persists in gay culture and to accept that every one of us is able to be with a man who makes us happy...regardless of his status. 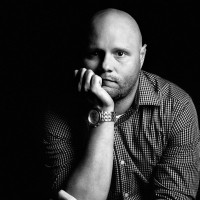 Brian Gaither (@briangaither) is a co-founder of the Pride Foundation of Maryland.