Is Charlie Sheen Pining After the Wrong Clinical Trial of Long-Acting HIV Meds?

Twice during the first two months of the year, the ever-volatile Charlie Sheen appeared on The Dr. Oz Show to open a window into his life as an HIV-positive man. The twin television programs hardly amounted to tutorials on how to manage HIV successfully. If nothing else, Sheen’s appearances gave viewers a sense of how hard it can be for some people living with HIV to adhere to a daily regimen of antiretrovirals (ARVs).

The bombshell news came when Sheen told Oz that he had gone off his regimen of ARVs, which had been working well, and had traveled to Mexico for a goat-milk–based HIV cure treatment given by a doctor of dubious credentials. The physician, Samir Chachoua, who is not licensed to practice medicine in the United States, claimed over the phone to Oz that Sheen was the first man ever “to go HIV negative” and to have no viral load. So certain was Chachoua of this claim, the physician said he had injected himself with Sheen’s blood—a story Sheen confirmed on the show.

For his apparently reckless quest for medical miracles, Sheen received the requisite bemused scolding from the host of the popular daytime show: Mehmet Oz, MD, a cardiac surgeon affiliated with Columbia University who in June 2014 was himself subject to a fierce U.S. Senate committee grilling over his exuberant on-air promotion of purportedly sham weight-loss products.

During his February appearance on the program, Sheen told Oz that his profound dislike of adhering to a daily ARV regimen had piqued his interest in participating in a clinical trial of an investigational HIV treatment called PRO 140, which is a weekly self-injectable monoclonal antibody against the virus.

Nader Pourhassan, PhD, the CEO of the small Vancouver, Washington, biotech company CytoDyn that is developing PRO 140, joined Sheen on the show to discuss the star’s possibly participating in research of the treatment. Several participants in a Phase IIb trial of PRO 140, Pourhassan said, have gone 18 months on the injectable treatment without the need for daily ARVs. (According to a recent CytoDyn press release, 11 participants in an extension phase of the trial—the original segment of the Phase IIb trial ended in January 2015—have maintained full suppression of HIV without the need for daily ARVs, with the majority hitting nearly 17 months with such enduring success.)

A monoclonal antibody is an antibody that has been cloned in a laboratory setting. PRO 140’s antibody is an entry inhibitor that works by blocking the CCR5 coreceptor on the CD4 cell, onto which HIV typically latches in order to infect the cell. (The ARV Selzentry (maraviroc) works similarly.) Because not all HIV is primed to latch onto that coreceptor—a small minority goes after the CXCR4—participants in trials of PRO 140 are tested to ensure that their virus is what’s known as CCR5 tropic.

PRO 140 is self-injected subcutaneously (under the skin, for example, into the thigh), using a small-gauge needle. The treatment, CytoDyn’s materials state, yields fewer side effects than standard oral ARVs. According to Pourhassan, minor injection site pain accounts for almost all the reported side effects.

Every Phase IIb study participant who stopped or failed the treatment, Pourhassan tells POZ, has showed no sign of new resistance to ARVs.

For such claims about recent research into PRO 140, the public only has CytoDyn’s word. Fourteen months after the official completion of the Phase IIb trial of PRO 140, results have neither been published in a peer-reviewed journal nor presented at a medical conference. (Granted, the U.S. Food and Drug Administration (FDA), the only one outside of CytoDyn to see the results, has given the go-ahead for further research into the treatment.) Findings from a Phase IIa trial of short courses of PRO 140, published in 2010, state that 14 percent of participants reported diarrhea and 14 percent reported headache.

Every Phase IIb study participant who stopped or failed PRO 140, Pourhassan tells POZ, has showed no sign of new resistance to ARVs.

On the heels of his Mexican misadventure, Sheen enthused to Oz about CytoDyn’s credibility, saying about the company, “These are scientists and brilliant doctors and researchers. It’s a public company. There’s absolute transparency. There’s no backrooms or hidden agendas.” 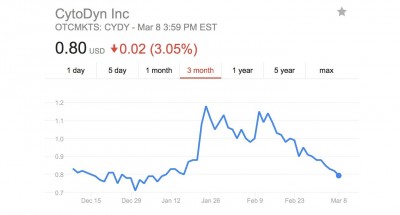 CytoDyn is indeed a publicly traded biotech, one with a rocky financial past. After the company managed to dodge bankruptcy in 2008 (that’s when Pourhassan first came on board, shelling out $160,000 of his own money to cover company expenditures the time), the stock peaked at $3.90 in April 2011, and hit a recent low of $0.71 on December 30, 2015. During the weeks leading up to the February 10 Dr. Oz broadcast, the stock generally rose, hitting $1.15 the day of the show. Since then its value has plummeted, and currently sits at $0.76.

In a February 11 article reacting to the previous day’s Dr. Oz episode, Forbes magazine was critical of Pourhassan for appearing on television at all. The FDA, Forbes pointed out, tends to frown on “overly enthusiastic CEOs” of pharma and biotech companies.

Pourhassan argues to POZ that the Forbes article was unfairly harsh, considering that he did not exaggerate the benefits of PRO 140 on the air.

Tim Horn, HIV project director at Treatment Action Group, says that, contrary to Sheen’s assertion, he perceives CytoDyn as frustratingly opaque. He stresses that six years that have elapsed since the company last published any data from clinical trials of PRO 140.

“Two thousand ten!” remarks Horn, referring to the year the Phase IIa trial results were published in The Journal of Infectious Diseases. “Everything since then has really been data by press release. That can be very frustrating to really understand what we’re up against.”

Research into PRO 140 dates back over a decade. After the treatment showed promise in early research, the U.S. Food and Drug Administration (FDA) granted PRO 140 a fast-track designation in 2006.

“It always makes you scratch your head and ask questions if you know these studies have been going on for a long time and they won’t release the results,” says Charles W. Flexner, MD, the principal investigator of the Long Acting/Extended Release Antiretroviral Resource Program. LEAP, as the consortium is known, operates as an information clearinghouse about long-acting HIV treatment research, as well as a resource for scientists to learn about funding opportunities for such studies.

Flexner, who is also a professor of medicine at Johns Hopkins, says that a drawback of PRO 140 is its dosing frequency. While a weekly self-injectable may appeal to some people with HIV, the dominant focus in the mainstream long-acting HIV treatment research field today is on therapy that, while requiring a clinic visit for injections, is given only every eight weeks. The sole current player in this field is the long-acting injectable antiretroviral cocktail of ViiV Healthcare’s investigational integrase inhibitor cabotegravir and Janssen’s non-nucleoside reverse transcriptase inhibitor Edurant (rilpivirine).

CytoDyn is running two Phase III trials of PRO 140 with a planned 300 participants in each. One of these studies, which began in October 2015, is having participants take the treatment as an adjunct to standard daily oral ARV treatment for 25 weeks. The other trial, just about to begin, will give PRO 140 alone (known as monotherapy) for up to 48 weeks. One of the reasons the company is conducting both trials instead of just going solely after its ultimate goal—a monotherapy approval—is that, according to Pourhassan, the FDA said it did not have the proper guidelines in place for a monotherapy trial. So CytoDyn may ultimately file for FDA approval of PRO 140 as an adjunct treatment and then apply shortly after for a secondary approval for the treatment’s use as monotherapy.

According to Pourhassan, if Sheen qualifies for a monotherapy trial he’s welcome to join. Curiously, the CytoDyn CEO tells POZ that Sheen might be invited into a Phase II instead of a Phase III study, despite the fact that the Phase II research is apparently all but complete. Asked whether potentially excluding Sheen from Phase III research reflected the company’s desire to keep the unpredictable actor from actually affecting the outcome of such high-stakes research, Pourhassan says such an insinuation is “absolutely 100 percent wrong.” He declines to comment further on why Sheen would enter one phase of research over another.

Whatever trial Sheen participated in, this particular revolution would be televised: Sheen has agreed to let The Dr. Oz Show document his experience in the study.

Whether Sheen would be better off entering a trial for another long-acting treatment is a different question.

“There’s certainly a place for products like PRO 140 in the HIV treatment paradigm, particularly for treatment-experienced patients [those who are not new to ARVs] who really need novel therapies to treat drug-resistant HIV,” says Horn. “That’s absolutely critical. But where these weekly antibody injections fit in the general prevention and treatment landscape, particularly with monthly, bimonthly, and possibly quarterly injectables being developed, isn’t clear.”

The 2016 Conference on Retroviruses and Opportunistic Infections (CROI) in Boston, a major annual meeting focusing heavily on HIV science, made no mention of PRO 140. Instead, the non-daily HIV treatment that made a big splash was long-acting cabotegravir/Edurant. Interim results from an ongoing Phase IIb trial, presented at CROI, showed that the two-drug cocktail, injected by a clinician into the buttocks every eight weeks, was safe and generally well tolerated, and suppressed HIV as well as a daily oral ARV regimen.

Flexner says the long-acting cabotegravir/Edurant results “looked quite promising. I think we will have all-injectable treatment regimens within the next few years.”

Indeed, ViiV and Janssen are gearing up for Phase III trials of long-acting cabotegravir/Edurant with the same dosing frequency, to begin later this year, with the hopes of securing FDA approval in 2019.

ViiV is also investigating long-acting injectable cabotegravir alone as pre-exposure prophylaxis (PrEP) against HIV, aiming to give daily oral Truvada (tenofovir/emtricitabine) some company by 2020. A Phase IIa study presented at CROI found that the hoped-for 12-week dosing interval was likely not feasible. So researchers are conducting another Phase II trial of a lower dose of long-acting cabotegravir given every eight weeks.

One advantage that a weekly HIV therapy like PRO 140 apparently has over a much longer-acting cabotegravir/Edurant is that a shorter-acting treatment leaves the body faster. Long-acting cabotegravir/Edurant has what’s known as a long “tail,” meaning that it remains in the body for months after it is no longer effective as treatment. This raises the risk of drug resistance. The inability to get such a long-lasting drug out of the body is also a concern if drug toxicities arise that require the termination of treatment.

“There is much room for improvement” in the long-acting injectable treatment field, Flexner says. “These are really the early days.”

Discussing long-acting cabotegravir/Edurant with POZ at CROI, John Pottage, MD, chief scientific and medical officer at ViiV, says, “We call this the vanguard of injectable medications. It’s opening up a new type of therapy, another option for people. It’s not perfect now, but we’re still kind of in the middle of trying to figure it out.”

For now, Sheen seems dead set on the weekly option. Pourhassan, telling POZ that he’d spoken with the actor four or five times prior to taping The Dr. Oz Show, praises the celebrity’s devotion to the cause.

“I feel like he really wants to help HIV,” Pourhassan says. “He told me that even if he enrolls in this study and he fails, he still wants to help.”

Judging from the river of criticism from the HIV community that Sheen received after his Dr. Oz appearances—ACT-UP veteran Peter Staley advised Sheen in POZ to “crawl back into your ‘babe cave,’ write a big check to amfAR, and call it a day”—the question of whether they actually want Sheen’s help is up for debate. 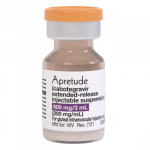