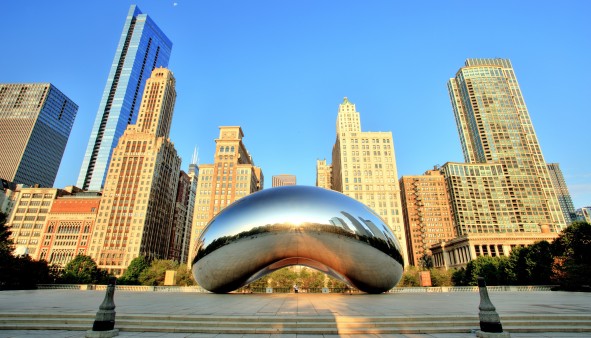 Chicago Joins the “Getting to Zero” Effort to End HIV

The goal? Zero new diagnoses in 2027. How? Following these two principles.

Chicago officially aims to end new HIV diagnoses within 10 years. That’s the goal of “Getting to Zero,” a collaborative initiative based on the use of prevention and treatment medications.

“We are more equipped than ever to fight HIV,” said Mayor Rahm Emanuel in a press release announcing the city’s support of Getting to Zero. “With the aid of strong community health care partnerships, new treatments and the increased availability of medication to vulnerable populations we have a real chance at stopping the spread of HIV once and for all.”

The initiative aims to reach its goal by adhering to two tenets: Increase the use of prevention med Truvada as pre-exposure prophylaxis (PrEP) among populations vulnerable to HIV—notably Black men who have sex with men—and ensure that 70 percent of people living with the virus are taking the treatment that reduces their viral load to undetectable levels.

When people living with HIV take daily meds and remain undetectable, they not only live healthier and longer lives, but they also have virtually zero chance of spreading the virus sexually. This concept is known as treatment as prevention (TasP).

According to the press release, the Getting to Zero initiative is based on models developed in Washington State and San Francisco, and the uptake in prevention and treatment meds in Chicago will be reached through social marketing and provider education.

On its own fact sheet about Getting to Zero, the AIDS Foundation of Chicago notes that if PrEP uptake increases from 20 percent to 40 percent and viral suppression increases from 50 percent to 70 percent, the city will attain “functional zero”—a point where the epidemic can no longer sustain itself.

The fact sheet also defines getting to zero as meaning zero new HIV infections and zero people living with HIV who are not receiving treatment.

Boston recently committed to a similar effort when its mayor signed the Paris Declaration of Fast-Track Cities. For more, read “Boston Commits to Ending HIV by 2020.”