As president and CEO of AIDS United, Jesse Milan Jr. works tirelessly to end the HIV epidemic in the United States.

As a labor lawyer living with HIV in the 1980s, Jesse Milan Jr. used his expertise to help protect and advance the rights of HIV-positive people.

“I became a regional expert on the law with regard to HIV, particularly as related to discrimination,” says Milan, president and CEO of the Washington, DC–based nonprofit AIDS United.

Soon thereafter, he joined the first HIV/AIDS committee of the Episcopal Diocese of Pennsylvania. He also served as board president of ActionAIDS (now called Action Wellness), an organization working to enhance the lives of people with HIV and other chronic conditions in Philadelphia.

“I had these two paths,” he says. “One as a person of faith doing what I thought needed to be done in the faith community but then also being on the ground for creating a new community-based organization.”

During his more than 30-year career, Milan has served as a government contractor working to address HIV and other health concerns on the federal level. He has also served on several boards, including the Black AIDS Institute, the Philadelphia AIDS Consortium and the National Episcopal AIDS Coalition. 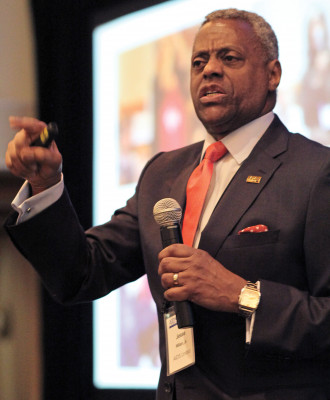 He spent five years as cochair of a Centers for Disease Control and Prevention advisory committee focused on the treatment and prevention of sexually transmitted infections, including HIV.

“Our major accomplishment was leading the process for the reauthorization of the Ryan White Care Program,” he says, referring to the federal HIV assistance program. “We worked really hard at pulling together all this massive information from across the country to help guide what that would look like.”

Since 2016, he has led AIDS United in its fight to end the HIV epidemic in the United States through policy and advocacy, grant making and capacity building, which have continued even amid the COVID-19 pandemic.

“Our first big initiative under the pandemic was transitioning AIDS Watch to an all-virtual event,” Milan says. Every year, advocates gather in Washington, DC, to lobby Congress members and their staff for HIV funding, policies and services. It’s the largest U.S. HIV advocacy event.

In early March, organizers swiftly decided to hold online sessions for the March 30 event, which Milan hailed as a great success.

“The number of people who logged on or watched some part of AIDS Watch was three to four times larger than it would have been if we had done it in person,” he explains. 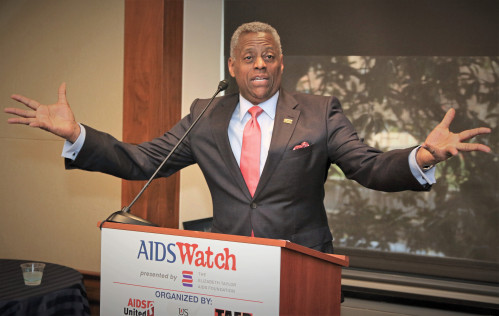 “COVID-19 is now in the context of the fight for racial justice, the economy and the election,” Milan says. “All of those are things that we have to respond to.”

Milan wants to remind people living with HIV about the importance of testing and knowing their COVID-19 status. He urges people to ensure they remain healthy and protected in the absence of a vaccine or cure for the disease.