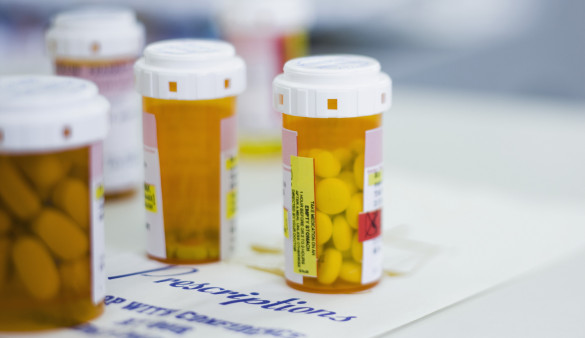 The CVS lawsuit could have affected disability rights and whether health plans could force clients to get meds at specific pharmacies.

The Supreme Court was scheduled to hear an HIV case involving CVS Pharmacy this fall. However, CVS has formally withdrawn its complaint, reports CBS news. The class-action lawsuit could have decided whether a health plan can force its clients living with HIV to receive their HIV meds through the mail or at a CVS pharmacy—as opposed to a pharmacy of the clients’ choice—in order to obtain discounts.

This summer, the Supreme Court had agreed to hear an appeal of a 2018 case filed by five people living with HIV in San Francisco who claimed that the health plan didn’t allow them to use their preferred pharmacy. The plaintiffs claimed that their own pharmacists had a history with them and were better able to counsel about drug side effects, for example, and offer other pertinent knowledge. What’s more, the plaintiffs said that being forced to use a CVS pharmacy could jeopardize their privacy.

A lower court had ruled against the HIV-positive clients, saying that CVS’s policy didn’t violate the antidiscrimination protections of the Affordable Care Act (ACA, or Obamacare) because all clients were required to follow the new guidelines, not just those with HIV.

However, in 2020, the Ninth Circuit Court of Appeals disagreed with the lower court. CVS Pharmacy appealed that ruling, and the Supreme Court agreed to take the case, CVS Pharmacy v. Doe. (The plaintiffs chose to remain anonymous, they said, because of HIV stigma.) Whatever the Supreme Court ruling would have been, it could have influenced the types of requirements pharmacy benefits managers might impose on their clients as well as the lawsuit that may be filed against such programs.

Instead of proceeding along the legal course, CVS Pharmacy has decided to work with groups representing people similar to the plaintiffs, CBS News reports. To accomplish this, CVS formed a partnership with four groups, including the American Association of People with Disabilities (AAPD) and the Disability Rights Education and Defense Fund.

“We’ve agreed to pursue policy solutions in collaboration with the disability community to help protect access to affordable health plan programs that apply equally to all members,” a CVS spokesperson told CBS News. “Any further legal proceedings will take place in district court when the case is remanded.”

“These types of cases are incredibly important,” Elizabeth Pendo, a law professor at Saint Louis University Law School who specializes in disability discrimination, told Bloomberg Law earlier this year. “And they are coming at a time when there’s a lot of uncertainty because of multiple legal challenges to the expansive idea of health-care access and nondiscrimination that we had during the Obama administration and a more limited or restricted idea of that during the Trump administration.”

In that same Bloomberg article, one person potentially affected by the case said that a one-month supply of HIV med Biktarvy costs $1,300 out of pocket at the person’s pharmacy of choice but that the same med is $300 for a three-month supply when purchased within the health plan.

In related news, the Supreme Court this summer upheld Obamacare for the third time. For more, read “Affordable Care Act’s Survival Praised as a ‘Victory for Patients.’” And speaking of the ACA, Do you need health insurance for 2022? AIDS United explains how you can enroll in or renew health plans for next year.