Diagnosed with HIV in 1991 at the age of 21, Damaries ’Dee’ Cruz was told that she had just one year to live. In 2009, however, she looks forward to not one, but two birthdays. On July 16 she celebrates her 39th birthday, but she might argue that November 23 is the more important milestone of the two: the anniversary of her diagnosis.

Diagnosed with HIV in 1991 at the age of 21, Damaries “Dee” Cruz was told that she had just one year to live. In 2009, however, she looks forward to not one, but two birthdays. On July 16 she celebrates her 39th birthday, but she might argue that November 23 is the more important milestone of the two: the anniversary of her diagnosis.

Cruz admits that her optimistic outlook hardly developed overnight. She was devastated after her diagnosis, and for the following year, she was so depressed that she could hardly get herself out of bed every day. As a straight, Latina woman, she had never imagined that she was at risk for HIV.

“When I went to get tested, it didn’t even cross my mind that I was positive,” she recalls. She had contracted HIV from her then-fiancé. “Women, sometimes, if we’re married, don’t even think about getting tested. But you don’t know what [your spouse] is doing 24 hours a day.”

Moving back and forth between Queens, New York, and Puerto Rico—where she tested positive—Cruz finally settled in South Florida 10 years after her diagnosis. She became involved with a now-defunct Fort Lauderdale AIDS service organization called Center One. There, she shared her story in public for the first time—in front of 500 people. “And from there, forget it,” she says, now no stranger to large crowds. “Once you open that door, it’s freedom.”

It’s safe to say that Cruz’s audience has grown since then. In addition to working as a senior health educator in Miami-Dade County, this year, she is a part of the Kaiser Family Foundation and Univision’s Spanish language campaign “SOY…” (“I AM…”), an HIV awareness campaign catering to the Latino community, which is the second most affected minority group in the United States after African Americans. She has also partnered with the Florida International University journalism program for The Stigma Stops With Me, a four-part Web series hosted by The Miami Herald.

In the video series, Cruz opens up about her diagnosis, the importance of testing (and retesting), her dating experiences and even her pursuit of holistic medication in lieu of antiretrovirals against her doctor’s recommendations.

“What works for me might not work for other people,” she advises. “I always say that your relationship with your doctor is really important. When the moment comes and I have to take medication, I will research my options. But at this moment, I’m very, very healthy. People have to remember that this is me sharing my story. That doesn’t mean everybody’s going to like what I have to say.” But she does hope they listen.

“I want positive people to be empowered. I’m showing my face because I want stigma to stop. Enough is enough,” Cruz says, adding, “That taboo stuff is over with. It’s overrated.”
To watch The Stigma Stops With Me, visit miamiherald.com. 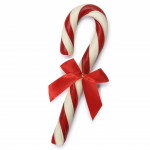