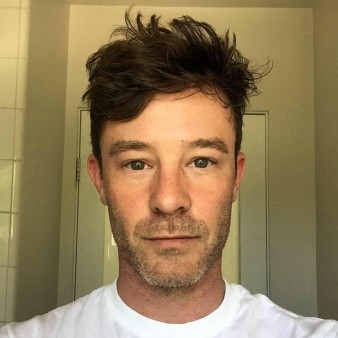 The manager of pop singer Sia chats with POZ.

David Russell, 40, lives in Los Angeles and is the proud “fur father” to two Chihuahuas, Muffin and Rocco. David started working in the music industry as an intern at a PR firm in New York after graduating from college.

Currently, he’s the manager of pop singer Sia, who is about to embark on a world tour for her latest album, This Is Acting.

Before going out on the road, David, who tested HIV positive in 2002, took some time to talk to HIV-positive blogger and POZ contributing writer Shawn Decker about the Pet Shop Boys, HIV, pre-exposure prophylaxis (PrEP) and the guiding force in his life: music.

David, thanks for chatting with me. They’re playing Björk’s album “Post,” in this coffee shop I’m writing you from—a great sign. What are you listening to this morning? 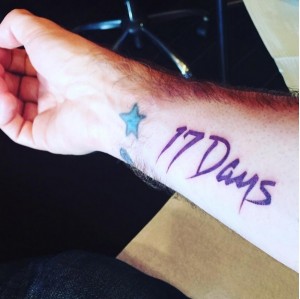 I can’t stop playing Prince—since he died, of course, but really for my entire life. All my social media handles are the titles of Prince songs. I’m that kind of fan! Right now, it’s all about the album Around the World in a Day.

Excellent choice. Speaking of music, when did you realize you wanted to work in the music industry?

My entire life has revolved around music. My parents tell a story of me singing along to Fleetwood Mac in the backseat of their car as an infant, before I could even speak! So in a way, I feel like it was predestined.

As a teenager, I was a dancer and then went to college for musical theater. When I graduated, I realized that what really got me excited was the world of pop music. I moved to New York City and got an unpaid internship at a PR firm—that was the start!

When you and I met on Twitter a couple of years ago, I was struck by the fact that you were once Belinda Carlisle’s publicist. When I was diagnosed at age 11, “Heaven on Earth” was on nonstop play. Her music really struck an emotional chord during a tough time. Was there any music that helped you through your HIV diagnosis?

I love Belinda. Her music has helped me through many stages of my life, for sure. After we worked together, she became one of my closest friends. I know she’d be touched to hear [that] her music helped you as a child through such a difficult time.

For me, when I was diagnosed in November 2002, I had just moved to Los Angeles from New York City and really didn’t know anyone in the city. Like so many times in my life, I turned to music to help me understand what I was going through. I remember listening to the Pet Shop Boys’ Behaviour album almost nonstop for that first year. Something about the melancholy dance vibe of that album resonated with me.

Going back to the year of your diagnosis, 2002. That was such a different time. Treatments for HIV were up to snuff. But there wasn’t PrEP, and little understanding about how a low viral load means less chance of transmitting the virus. What did you think about dating after you tested positive?

I had come out of the closet [as gay] at 15, in 1991 and had grown up in “the Age of AIDS.” So I was more than aware of the treatment options in 2002. My immediate fears weren’t for my health and safety—a huge blessing, I know—but, instead, for my social life and personal well-being. I was terrified of dating at that time, and it really had a major effect on me for the next 10 years. I suppose in some ways it always will.

But PrEP has changed the conversation quite a bit and in ways I never thought possible. It has played an enormous part in my starting to see myself as a sexually viable human being, even with HIV. For that I’m hugely thankful and feel very lucky. But there is still a lot of reticence from within the gay community about exactly what PrEP is and if it “works”—and the stigma attached to those of us living with HIV The idea that we are somehow unclean or dirty.

HIV activist Jack Mackenroth’s “We Are All Clean” campaign was so wonderful. I’ve always looked up to the gay community. Gay men fought the same way that my bleeding disorders community did in the 1980s, when both groups were being devastated. When I hear about the online dating crap that positive gay men deal with, it breaks my heart.

Jack’s campaign was important. Every dating app or website—be it Grindr, OkCupid, Tindr, Scruff—is filled with terms like “clean for clean,” meaning nonpositive for nonpositive. It’s hurtful and demeaning. Seeing Jack fully embrace changing that language meant a lot to me and a lot of other HIV-positive gay men.

Jack inspired me and my wife Gwenn to get in on the shower-selfie action. Even though she is HIV negative, she still gets the shade of my stigma, with some people thinking she’s crazy to be with me when it’s totally safe.

I believe we are all still living with the specter of the ’80s and ’90s, the devastation that HIV and AIDS wreaked across the planet, particularly the gay community in those early years. It’s still very close in our minds. It takes a lot of education—almost a total re-learning—to fully understand how far we’ve come in terms of living with HIV, serodiscordant relationships, etc.

I’m glad that PrEP has helped you feel better about being out there and that you’re cool with speaking out about HIV stigma. How do you deal with the issue of disclosure?

Well it’s been trial and error for me. In the beginning, soon after my diagnosis, I told people on the first date. It was almost as if I wanted a reason to get out quick if I sensed any trepidation at all on their part.

Now, it’s a conversation over time and different in each situation. If I have a hard-and-fast rule it’s: If I’m going to have sex with someone I tell them, period. Regardless if they’ve asked or not, and they very rarely ask. It just clears it up for me so there isn’t any confusion.

That’s a good approach. Have you faced rejection based solely on your HIV status?

While I’ve dealt with some serious rejection—many times in my life—I’ve come to accept that it isn’t about David the person as much as it is about the virus and a lack of understanding.

With dating, meaning something beyond just a sexual encounter, I will often try to explain PrEP and what it means to be undetectable, but I’ll admit that in 2016, I’m less patient than I was in 2006.

There is so much information out there that I almost feel like, for gay men especially, there is no excuse to be uneducated about the real facts about HIV transmission between serodiscordant couples.

Totally. When Gwenn and I are out together educating about sexual health, I try to give as much information about living with the virus as possible, but it’s equally important to show that I’m a fun person to be around.

You seem like a fun guy, based on your Instagram and those great pics with your dogs. I just saw that you recently celebrated turning 40. Did you do anything exciting?

I had some friends come out to an amazing property in Palm Springs for my 40th! The adult version of a blowout.

Sounds like there’s a story there.... I appreciate you taking the time to chat with me about music, HIV and how you felt when the diagnosis was still fresh. I know it will help some newly diagnosed folks process their own feelings. 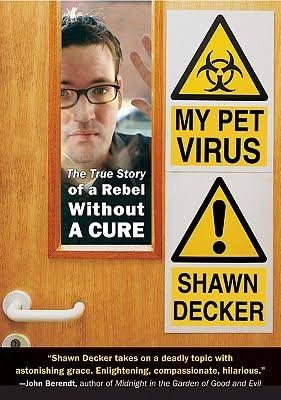 One of the reasons I was so keen to do this interview with you, besides our shared obsession with music, was because of your honesty and bravery. Your memoir My Pet Virus helped me immensely when I read it.

First off, it helped me see that all of us who live with this diagnosis share a common bond. Every day is a battle against ignorance and fear, and I was inspired by your courage as a child—and an adult—in the face of HIV.

Thanks so much, David. On Facebook, one of your favorite quotes is the following by Carl Jung: “I am not what happened to me; I am who I chose to become.” That’s a good message for anyone, in particular being shared by someone like yourself, who has worked hard to be successful in life both professionally and personally.

When I was diagnosed the first thing I looked for were examples of other people living with HIV who were thriving. We’ve all read countless important stories about the struggle, but I hadn’t seen anything showing what I knew to be true: that there are challenges to living with HIV, but these challenges can be met head-on and you can still thrive and live “your best life.”

Your book played an enormous part in helping me see that.

That means a lot. I know that feeling of seeing something you can connect with in a hopeful way. For me, it was seeing Pedro Zamora on the “Real World” in 1994. I didn’t know it then, but that was a huge turning point for me that really helped expedite the process of coming to terms with my HIV status.

Is there any bit of advice you’d give the newly diagnosed?

I think the advice I’d give is the advice I received from a nurse named Jacqui Pitt. When I was diagnosed I couldn’t see 10 feet in front of me, let alone into the future. I was certain my life was over or that it was ruined. She said: “One day you will see this all as a blessing. Perhaps not the one you wanted but one nonetheless. The lessons you’ll learn about yourself through this will make you the best version of yourself. I promise.”

And I listened to her. When I was rejected for being HIV positive by other men, or made to feel unclean and unworthy, I remembered what she said. And she was right. That Carl Jung quote is incredibly important—you can take any situation and turn it into a positive— ha, ha—no pun intended! Just keep looking forward, and learn to love yourself completely, wholly, even with HIV. 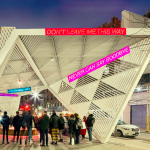 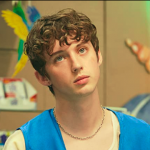