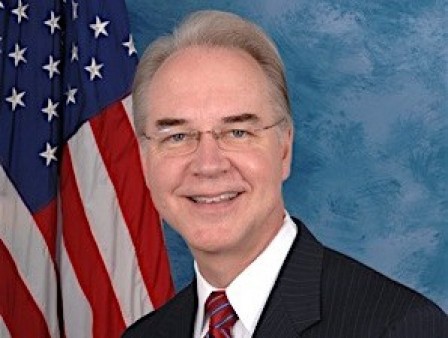 Tom Price wants to dismantle Obamacare and Medicaid expansion, so why did the American Medical Association endorse him to lead HHS?

When President-elect Donald Trump tapped physician and U.S. Rep. Tom Price as secretary of the Department of Health and Human Services (HHS), the selection earned a speedy endorsement from the American Medical Association. But apparently, the AMA does not speak for most doctors—not even those in its organization. As The New York Times reports, thousands of doctors oppose Price in that role.

For Price to lead the HHS, he will have to be confirmed after a Senate hearing, which will take place in January. The Times says the growing dissent among doctors is not likely to harm Price’s confirmation.

What is the controversy? Price wants to dismantle the Affordable Care Act, or ACA (a.k.a. Obamacare), and transform Medicare and Medicaid, programs for older Americans and low-income people, respectively. Doing so, one doctor told the Times, would mean that vulnerable patients would lose insurance benefits and be put at risk. Other doctors criticized Price’s record on women’s health (he wants to cut off funds for Planned Parenthood).

So why would the AMA, which boasts about 235,000 members, endorse Price? As one doctor told the Times: “Pocketbook issues—the economic well-being of physicians—may well be a factor contributing to the AMA’s endorsement.” The Times writes that “physicians have long been a focus of Mr. Price’s legislative efforts. He led the push to fix widely recognized flaws in Medicare’s formula for paying doctors and supported changes in malpractice laws that could make it easier for doctors to defend themselves. He supported changes in Medicare that would allow doctors to get around fee limits by signing contracts with patients. He has also backed changes in antitrust law that would enhance doctors’ bargaining power in negotiations with insurance companies.”

Other doctors remain staunch supporters. Patricia Harris, AMA chairwoman, said that Price is “a longtime member, he’s a delegate. For us, he has always been accessible. He listens, and he really knows how policies impact the delivery of care and the physician-patient relationship.”