Two new studies showing that maintaining a high CD4 count may lower the risk of cardiovascular disease and death among people with HIV have added yet more voices to the chorus supporting early treatment of the virus. One study found that the risk of a heart attack is linked to a history of a depleted immune system, especially if CD4s have ever dipped below 200. The other found that, after being hospitalized for acute coronary syndrome (ACS, an umbrella term for conditions in which blood flow to the heart is blocked), people with HIV have a greater risk of dying than those without—but not if they have high CD4s.

For the first study, the researchers compared 22,000 HIV-positive people with 230,000 HIV-negative controls who received care from Kaiser Permanente California between 1996 and 2009. After controlling for various factors, they found that the virus was linked to a 44 percent increase in the likelihood of heart attack between the HIV-positive group and the controls. This risk spiked to about 75 percent higher for those whose CD4s had ever dropped below 200. But as for members of the HIV-positive cohort who had always maintained a CD4 count of 500 or above, their risk of heart attack was no different than if they did not have HIV.

“That’s pretty striking to me,” the study’s lead researcher, Michael J. Silverberg, PhD, MPH, a research scientist at Kaiser Permanente Northern California in Oakland, says of the finding that high CD4s can wipe out the excess risk.

In the second study, the scientists analyzed records of people hospitalized for the first time with ACS at Kaiser Permanente Northern California between 1996 and 2010. The study group included 226 people with HIV and 86,000 who were HIV negative. On the whole, those with HIV had more than twice the risk of death a year after the hospitalization as compared with the group without the virus, and a 2.5-fold greater risk three years down the line.

People with HIV who were not on ARVs had the greatest overall risk of death: 3.4-times greater than that of the HIV-negative group.

Silverberg says, “These types of studies are important because they are our first signals that starting therapy [will help fight not only] HIV, but also other things that are now known to be related to HIV, like cardiovascular disease.” 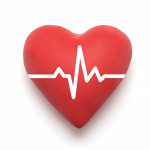