States with HIV-related bills, as of July 2020 Courtesy of SEROProject.com

The Sero Project adds Bill Tracker 50 interactive maps to its website, including one that follows COVID-19 criminalization efforts.

Want to know which HIV criminalization bills are currently working their way through state legislatures? Or maybe you’d like to learn which states have recently modernized their HIV laws. Thanks to the folks at the Sero Project, this information is now super easy to find out. They’ve added Bill Tracker 50, a series of three interactive maps, to its website SeroProject.com. 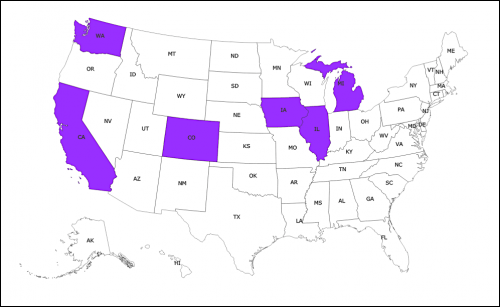 States that passed HIV criminalization laws from 2011 to presentCourtesy of SEROProject.com

The Sero Project uses the leadership of people living with HIV in efforts to end HIV criminalization, mass incarceration, racism and social injustice. Its executive director, Sean Strub, founded POZ in 1994. He’s also the mayor of Milford, Pennsylvania, and the subject of a new documentary on Amazon Prime Video.

In related criminalization news in POZ, see “The ‘Health Not Prisons’ Coalition Is Launched to reform HIV Crime Laws” and “Questioning the Benefits of Molecular Surveillance.”