How to overcome loss of libido and erectile dysfunction, which top the list of sexual problems for men with HIV.

Ray Otani had been living with HIV for 18 years when, he says, “erectile dysfunction [ED] crept up on me.” Otani, of San Jose, began having difficulty getting hard five years ago. “I had heard that ED might be a side effect of some HIV medications I was taking, but I also thought it might just be part of getting older.” He had just turned 40.

In a study published in the May edition of The Journal of Sexual Medicine, Australian researchers found that 48 percent of 217 HIV-positive men experienced multiple sexual problems. Only 35 percent of HIV-negative gay men in a similar age-matched group experienced the same problems. Loss of libido and ED topped the list of troubles (another was ejaculation problems—too fast or not at all). The causes of these problems can be complex, with physical, psychological and med side effect factors all playing an interrelated role.

As they age, all men, positive or negative, experience a physical decrease in sex drive because of a drop in testosterone (the decline is sometimes called andropause). By suppressing key pituitary secretions and interfering with hormonal secretions in the testicles, HIV can also make younger positive men more susceptible to hypogonadism (lack of testosterone production). “With decreased testosterone, you have decreased libido, increased fatigue and people just feeling really out of it,” says Frank Spinelli, MD, of New York City. “For men with HIV, the normal sex-drive decrease is compounded when you have to take medication and deal with side effects such as fatigue, which doesn’t make you inclined to want to have sex.”

Side effects of HIV meds—specifically protease inhibitors (PIs)—have also been blamed for poor bedroom performance, though a 2002 French study questioned whether the meds significantly affect sexual function. “As a doctor, you need to do a full evaluation,” says Milton Wainberg, MD, associate clinical professor of psychiatry at Columbia University. “[Sexual problems] could be connected to medications or recreational drugs, including alcohol and crystal meth.” (Alcohol and crystal can kill an erection, hence the term “crystal dick”; recent evidence also suggests that statins, which lower cholesterol, may be ED culprits.) “It could also be depression or treatment for depression,” says Wainberg, who adds that SSRIs and SNRIs—common depression treatments—can both affect sexual performance. In the Australian study, depression was the only thing significantly associated with sexual dysfunction in both positive and negative gay men.

Being gay doesn’t put you at higher risk for these problems, but it might make you more aware of them—and more likely to talk about them. “The men who are keenly aware of and complaining about sexual issues are gay,” Wainberg says. “HIV transmission is also a hot topic in the gay compared to the straight community,” he adds, as is the fear of being unsafe with serodiscordant partners or those whose status is unknown. That’s one of many psychological factors that can kill an erection by causing anxiety. Some gay men also have issues about coming out and dealing with sexuality and guilt, which can affect sexual performance.

Examining the multiple factors that can cause dysfunction and ruling them out one by one—did I just start a new med? Am I depressed?—can help. It’s important to figure out whether you’re unable to get it up or don’t feel like sex at all, Spinelli says. For example, ED drugs like Viagra don’t treat low libido, so they won’t correct for ED caused by lack of drive.

If your sex drive seems low, your doc might check your hormone levels. Testosterone supplements such as Androgel and Testim may painlessly help reignite your urges (though they may have some negative side effects of their own). There’s also Testopel, a newer therapy that embeds testosterone pellets right below the skin to deliver testosterone for up to five months. “Hormone therapy hasn’t helped immensely,” Spinelli warns, adding, “It’s a chronic problem that you just have to stay on top of.” At least you know you’re not alone. And if depression or other emotional issues are at the root of your problems, seeing a therapist can help.

For Otani, learning to live with erectile dysfunction has involved a learning curve. “My doc gave me a Viagra prescription, which I used until three years ago when California removed it from the state’s formulary.” Otani manages to get by with free samples from his doc, and he offers helpful pointers for others dealing with sexual dysfunction (see sidebar). “Being upfront with my partners has worked well,” Otani says. “I let them know that if I don’t get an erection, it is in no way a reflection of my not being into them.” Honesty might be the best aphrodisiac of all.

SEXUAL DEALING
We asked HIV-positive men with sexual problems for some insights on how they handle the issue.

Who: The Rev. Joseph Shore-Goss
Where: North Hollywood, CA
Problem: Low libido
Tip: Save up
“Avoid extracurricular sexual activity. If I save myself up, I’m more likely to respond to my partner. My right hand has had a long break from activity.”

Who: Will Aaron
Where: Detroit
Problem: Erectile dysfunction
Tip: Feel deeply
“When I am with a partner I truly have that feeling for, I don’t always experience this dissatisfying problem.”

Who: Dale Marshall
Where: Jackson, MS
Problem: Low libido
Tip: Talk it up
“Keep communicating. Things weren’t working with my ex, but instead of talking, I kept hoping it would get better [They didn’t.]”

Who: Jerry
Where: St. Petersburg, FL
Problem: Erectile dysfunction
Tip: Have an orgasm anyway
“ED isn’t the end of orgasms. Although I don’t get hard like I used to, I can still [have an orgasm].”

Who: Lynn S.
Where: Southeast Missouri
Problem: Erectile dysfunction
Tip: Ask for help
“If you don’t find the help you are looking for, seek some more. When I finally found an understanding urologist, all it took was a simple injection of Trimix (a three-drug cocktail, used as a gel or injection, to treat ED). I had a smile on my face for two days.” 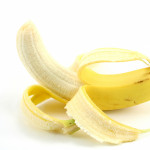 HIV Is Linked to Erectile Dysfunction Among Middle-Aged Men 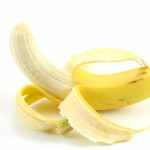 Of Meds, ’Boosters’ Most Likely to Clash With Recreational Drugs