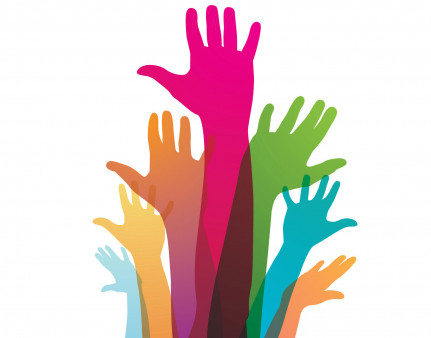 The HIV community has become like an extended family.

I had the great privilege of attending the 2022 United States Conference on HIV/AIDS (USCHA), which took place in San Juan, Puerto Rico, in October. Because of COVID-19, USCHA hadn’t been held in person since 2019. I was happy to reconnect with so many people I hadn’t seen in years.

I was mostly struck by how much it felt like a family reunion. Of course, part of that was seeing folks after a long time being separated. But it was more than that.

I realized that for me, the HIV community has become like an extended family. And there are good reasons for that. I marked three decades this year since I tested HIV positive. This year also marks 10 years since I became editor-in-chief of POZ. It has truly been my honor to serve the HIV community through this magazine.

When I tested HIV positive in 1992, POZ didn’t exist. Back then, reliable information about the virus wasn’t easy to find. So when POZ launched in 1994, I became an avid reader. That perspective continues to guide me every day. I know I’m not alone, since, thankfully, many folks from the early days are still around with the same passion.

Being in Puerto Rico also underscored how much the HIV community—particularly Latinos—still needs both support and affirmation. In that spirit, I am pleased to introduce this special issue of POZ dedicated to celebrating Latino advocates through our annual POZ 100 list.

Latinos make up about 19% of the U.S. population but account for 25% of people living with HIV and 29% of new diagnoses, according to the Centers for Disease Control and Prevention. Latinos have a lower likelihood of receiving care (74%), remaining in care (59%) and achieving viral suppression (65%) compared with people living with HIV overall. Latinos are also less likely to be taking pre-exposure prophylaxis (PrEP) to prevent HIV. There is plenty of work to do to make things better for Latinos.

One of the first issues I ever saw of POZ, from 1994, had the late Pedro Zamora of MTV’s The Real World: San Francisco on the cover. Pedro died that November at age 22, just months after the issue was published and only hours after the last episode of The Real World aired. Despite having lived such a short life, his contributions continue to inspire.

In fact, Pedro is the subject of a new documentary titled Keep the Cameras Rolling: The Pedro Zamora Way, which revisits his life and legacy. Leo Rocha is one of the film’s writers. He was born five years after Pedro died. Go here to read how Pedro’s example resonates with Leo and a new generation of advocates.

Gonzalo Aburto is the founding editor of POZ en Español, which published quarterly from 1997 to 2004 and is currently published annually. Go here to catch up with him.