In a sign of significant progress in the effort to destigmatize HIV, a new survey of a large group of men who have sex with men (MSM) has found an increasing level of understanding in this demographic that people with the virus who have an undetectable viral load cannot transmit the virus through sex.

During the current decade, a series of landmark studies has produced a massive trove of data that has led the scientific community to conclude that if people with HIV are on antiretroviral (ARV) treatment and sustain a fully suppressed viral load, they pose no risk of transmission to their sexual partners. The Centers for Disease Control and Prevention (CDC) recently affirmed these findings, stating that successfully treating HIV is an estimated 100% effective at preventing sexual transmission of the virus.

In 2016, the Prevention Access Campaign, a nonprofit advocacy group, launched with a mission to educate the public that, as its slogan states, “Undetectable = Untransmittable,” or “U=U,” for short.

“The increased understanding and acceptance of U=U is encouraging because HIV treatment as prevention is a foundation of efforts to end the epidemic in the United States and around the world,” Anthony S. Fauci, MD, director of the National Institute of Allergy and Infectious Diseases (NIAID), said in a press release. “This public health message has the power to reduce stigma, protect the health of people living with HIV and prevent sexual transmission of HIV to others.” Anthony Fauci, head of NIAID, at the 2019 Conference on Retroviruses and Opportunistic Infections in SeattleBenjamin Ryan

Seeking to assess how well MSM comprehend that having undetectable HIV does indeed make it so an individual cannot transmit the virus to others through sex, Jonathon Rendina, PhD, MPH, of Hunter College of the City of University of New York, led a research team that engaged nearly 112,000 MSM in the United States in an online survey.

Conducted between November 2017 and September 2018, the study was supported by the NIAID, which is a division of the National Institutes of Health (NIH). It was published in the Journal of Acquired Immune Deficiency Syndromes.

Respondents to the survey came from all U.S. states. Fourteen percent were Black, and 24% were Latino. The median age was 32 years old, and the men ranged in age between 13 and 88 years old. Seventy-nine percent identified as gay, 18% as bisexual and 3% as queer. About 1% were transgender.

When asked, “With regard to HIV-positive individuals transmitting HIV through sexual contact, how accurate do you believe the slogan Undetectable = Untransmittable is?” 55% of the men overall answered that the statement was “completely accurate” or “somewhat accurate.” 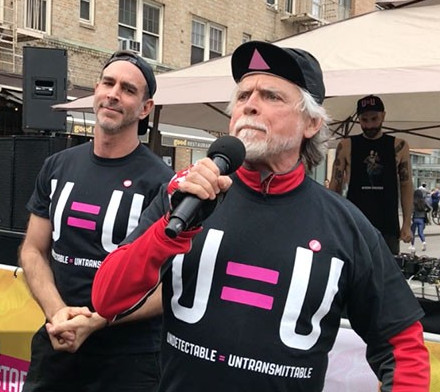 Based on a previous survey of 12,200 MSM that the same researchers conducted in 2016 and early 2017, MSM’s understanding of the power of ARV treatment to prevent HIV transmission is increasing over time: Thirty percent of the HIV-negative men and 64% of the HIV-positive men who responded to that earlier survey agreed that the U=U message was completely or somewhat accurate.

Given that the new survey was conducted more than a year ago, it is possible that MSM’s current understanding of the U=U message is greater today than reported in Rendina’s paper.

The new study found that among HIV-negative men, those who reported seeking testing for the virus as well as prevention services and those taking pre-exposure prophylaxis (PrEP) were more likely to agree that being undetectable means an HIV-positive individual has untransmittable virus.

The survey also measured the degree to which respondents believed that an HIV-positive man posed a risk of transmitting the virus to his sexual partner through either insertive (being the top) or receptive (being the bottom) intercourse. The scale ran from 0% (no risk) to 100% (complete risk).

Among those men who said U=U was “completely accurate,” 31% and 39% said there was zero risk when the undetectable partner is the insertive and receptive partner, respectively.

“A growing number of sexual minority men believe that U=U is accurate, but our data suggest that most still overestimate the risk of HIV transmission from an undetectable partner, which may be because people have trouble understanding the concept of risk,” said Rendina, the lead author on the study. “All published studies point to [achieving an] undetectable viral load as being the most effective method to date of preventing sexual HIV transmission, but most of our messaging has focused on the level of risk being zero rather than describing it in terms of effectiveness, which is the way we usually talk about condoms and PrEP.

The CDC recently stated that PrEP reduces the risk of HIV transmission by 99%. This may in fact be a conservative estimate, given the rarity of reports of people acquiring the virus while taking PrEP daily. A 2012 paper estimated that adhering well to the daily PrEP regimen is associated with a greater than 99% risk reduction. 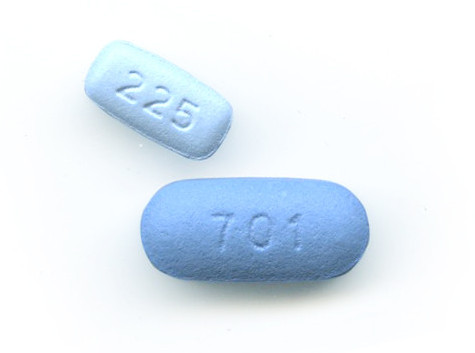 Descovy and Truvada, the two approved forms of PrEP

It is important to place the findings of the new survey in historical context. The first study to indicate that treating HIV lowered the risk of infection, called HPTN 052, published its initial findings in 2011. That paper stated that starting ARV treatment soon after diagnosis, compared with delaying treatment, was associated with a 96% reduction in the risk of HIV transmission.

The much-touted 96% risk-reduction figure was often misrepresented by the media and the public as the risk reduction associated with being undetectable, but the study did not factor undetectable status into its calculation of the figure.

Since then, two other major studies, PARTNER and Opposites Attract, which between them include mixed-HIV-status couples consisting of both heterosexuals and MSM, did in fact look to the HIV-positive partners’ undetectable status as a factor in calculating transmission risk. Even after more than 100,000 reported condomless sex acts, none of the HIV-positive participants of these studies transmitted the virus to their partners if they had an undetectable viral load.

During the crucial period between July 2016 and July 2018, the PARTNER and Opposites Attract studies, along with HPTN 052, presented waves of data that kept affirming the hypothesis that people with undetectable HIV cannot transmit the virus through sex. At the end of this period, when researchers presented final findings from the PARTNER2 study of mixed-HIV-status MSM couples at the International AIDS Conference in Amsterdam (AIDS 2018), the global scientific community finally reached a solid consensus that U does indeed equal U. 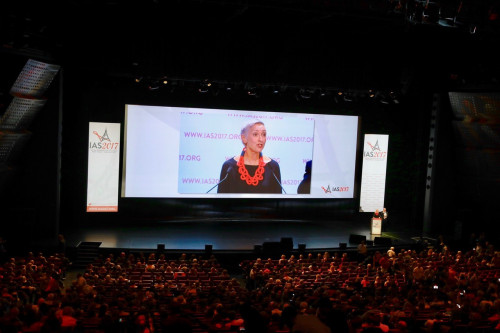 Linda-Gail Bekker, PhD, the International AIDS Society (IAS) president and international scientific chair of IAS 2017 in Paris, took a major step by pronouncing at the conference’s opening session that U equals UBenjamin Ryan

Given the fact that the new survey of MSM was conducted primarily during the second half of this period of swiftly solidifying scientific consensus, the respondents’ relatively measured appreciation of the 100% certainty of the U=U message may in part reflect scientists’ own caution as they awaited enough data to back this absolutist statement.

“Our hope is that understanding and acceptability will continue to grow with ongoing dissemination of the science through public health officials and healthcare providers and will be enhanced by the significant increase we’ve seen in popular media coverage of U=U as well as dissemination through social networks like has been seen on popular apps like Grindr and Scruff,” Rendina told POZ. 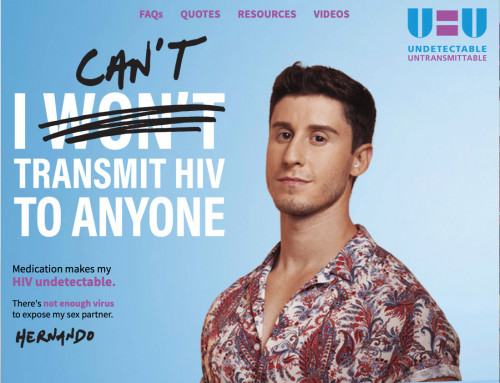