Why Do Gay and Bi Men Prefer On-Demand vs. Daily PrEP?

A Dutch study that offered men Truvada as prevention under either dosing protocol helps shed light on that question.

A study of men who have sex with men (MSM) taking Truvada (tenofovir disoproxil fumarate/emtricitabine) as pre-exposure prophylaxis (PrEP) in Amsterdam has helped shed light on the reasons why men prefer to follow a daily regimen versus an on-demand regimen, aidsmap reports.

Recent research has shown that a Truvada dosing protocol in which individuals take the drug only around the time of sex is highly effective at preventing HIV. This protocol is known as on-demand dosing of PrEP and is more commonly used in Western Europe than in the United States.

The AmPrEP study in Amsterdam began in June 2015, quickly enrolling 376 MSM. The men were given the option of daily or on-demand dosing of PrEP.

Researchers interviewed the participants about their reasons for choosing either dosing protocol upon their entry into the study and at any quarterly study visit at which they selected to switch dosing protocols or to temporarily or permanently stop taking PrEP.

Speaking at the 9th International AIDS Society Conference on HIV Science in Paris (IAS 2017), Hanne Zimmermann, MSc, a global health researcher at GGD Amsterdam, reported on the findings of interviews conducted with the AmPrEP participants between August 2015 and February 2017. 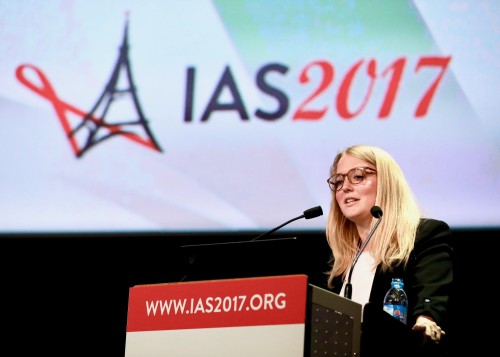 Upon their entry into the study, 273 partcipants (73 percent) opted for daily PrEP while 103 chose on-demand dosing.

The most common reasons the men expressed at the study’s outset for choosing daily PrEP were: wanting daily structure (32 percent), anticipating they would have problems adhering to on-demand PrEP (31 percent) and knowing that they would have frequent or unplanned sex (19 percent).

The most common reasons for selecting on-demand PrEP at the beginning of the study were: the men usually planned when they had sex (42 percent), they only occasionally had risky sex (28 percent), they were concerned about toxicity associated with taking Truvada daily (19 percent) and they anticipated having problems adhering to daily PrEP (10 percent).

Men’s reasons expressed for switching from on-demand to daily PrEP included: their sexual risk taking was increasing (26 percent), they found that planning sex was more challenging than they had anticipated (20 percent), they wanted more structure in their pill taking (17 percent), they had experienced side effects with on-demand PrEP (15 percent) and their risk of HIV was already high.

Zimmermann reported that the men who said they experienced side effects from on-demand PrEP, such as nausea, did not tend to see these side effects wane with increasing use of the dosing protocol. People who take Truvada daily and experience side effects tend to see such effects dissipate after about a month.

Among those switching from daily to on-demand use of PrEP, the most common reasons for making the switch included: they were having less sex than they had anticipated (30 percent), they had developed a dislike to taking Truvada daily (25 percent), they experienced side effects on daily PrEP (20 percent) and they sought a dosing regimen that better suited their lifestyle (15 percent).

As for those who stopped PrEP temporarily, reasons for doing so included: finding it difficult to adhere to daily PrEP (40 percent) or going through periods of not having sex (28 percent).

To view a video of the conference presentation, click here.