French director Robin Campillo takes us behind the scenes of his film BPM (Beats Per Minute), about ACT UP Paris.

You cowrote this movie, which is set in 1992. How much is based on your real life?

I was 20 years old in 1982 when I first heard of this disease [that was spreading] in the United States. I was so afraid of it that I stopped [having] relationships. When I joined [AIDS activist group] ACT UP in 1992, it was a kind of relief. I was for a few years very dedicated to it and was doing a lot of the actions that you see in the film.

Was there anything you felt compelled to convey in the film?

Is that why you include all the sex and clubbing?

We were very young and having a lot of pleasure in life. We were surviving in order to go clubbing, to take drugs, to have sex, all those things. To me, that was important, to be in our bodies. And our bodies were political.

How have younger viewers reacted to the film?

Very young people—those born with the internet—their relationship to the epidemic and politics is really different from us, and they are really moved by the debates and theatrics [portrayed in the film]. That’s something they don’t [experience] anymore—people confronting politicians and each other. In ACT UP, we confronted each other and had democratic debates in the flesh, not through the internet. That’s very exciting and active for [younger audiences].

Did ACT UP Paris differ from U.S. chapters?

[Ours] was created in 1989, two years after New York. [Unlike in the United States, for a group to start in France, it has] to have a president. And so there was a struggle all the time between the radicals and the ACT UP president, who was legally representing the group. ACT UP was very exotic to the French audience. The way we were doing actions, it was very American.

The thing about AIDS today is, we have treatments and PrEP [Truvada as pre-exposure prophylaxis, the daily pill to prevent getting HIV]. We can make them lower the price of the medications, give it to Eastern Europe and Africa. Lots of positive things are going on, but we are not taking advantage of that. 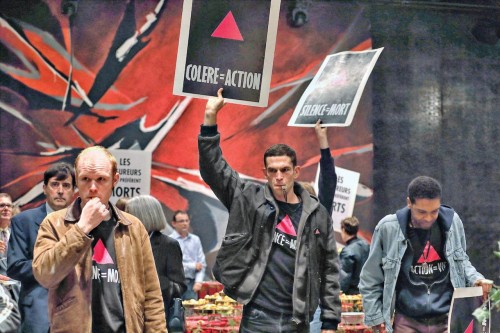 What did the film’s two leads know about ACT UP Paris before they read the BPM script?

I was 9 in 1992. I remember [when ACT UP put a giant pink condom on the obelisk in the middle of Place de la Concorde in 1993], and it was quite something, but I was not aware of the political message of ACT UP. Through the preparation for the role, I discovered who they were.

I was very young [in 1992]. I was born in Argentina and grew up in Argentina, and there was no ACT UP. I had seen the pink triangle somewhere, but I didn’t have any personal concerns with AIDS. I learned about ACT UP when I read the script, and then we were very lucky because we were surrounded by activists from ACT UP. 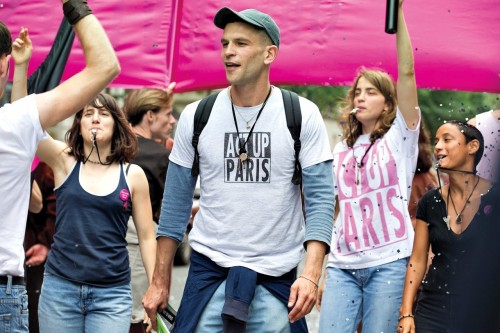 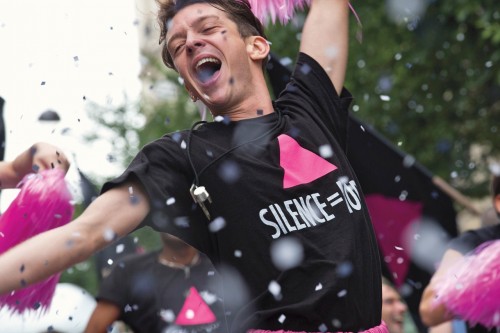