HIV-positive adolescents and young adults are much less likely to start treatment, to achieve control of the virus while on treatment, and to stay on treatment or in care, according to two studies presented Monday, February 28, at the 18th Conference on Retroviruses and Opportunistic Infections (CROI) in Boston. They may also do less well in adult care than in pediatric HIV clinics.

A growing number of adolescents are entering care in adult-oriented HIV clinics, but few standards are in place to assist them or to guide providers in how best to treat adolescents and young adults within those settings. In an effort to develop a base of information from which to build such guidelines in the future, a number of researchers are investigating how well adolescents and young adults are fairing in both pediatric and adult settings. In a session devoted to this topic, two presentations stood out.

In the first study presented, Allison Agwu, MD, from Johns Hopkins University in Baltimore, and her colleagues analyzed data from 15 adult and pediatric clinic sites across the United States. Their analysis included 247 young people who contracted HIV through sex or injecting drugs and who were not taking antiretroviral (ARV) therapy when they entered care between 2002 and 2008.

The primary goal was to measure the factors associated with starting ARV therapy, and the secondary goal was to assess factors associated with discontinuing the first ARV regimen. The average age of the cohort was 21, and the majority were male and black. In all, 82 percent received care at an adult clinic, and 72 percent subsequently started ARVs.

There were even greater discrepancies when Agwu’s team looked at the likelihood of changing or discontinuing a first ARV regimen. In all, 50 switched their medications and 67 stopped taking them all together. Participants who were seen at a pediatric site were twice as likely to successfully stay on their first regimen as those seen at an adult site. The average length of time before switching or stopping a regimen was 594 days in those being seen at a pediatric site compared with only 297 days in those being seen at an adult site.

Patrick Ryscavage, MD, from Northwestern University in Chicago presented a second study with similar conclusions. His team followed 46 HIV-positive 17- to 24-year-olds (39 of whom contracted HIV from sex or injecting drugs, and seven did so at birth) who entered care at an adult HIV clinic and compared them with 46 similar adults ages 25 to 40. The groups were followed on average for at least 36 months between 2003 and 2009.

The primary aim of the study was to measure how many of either group achieved and maintained a viral load under 400 copies six months after starting ARV therapy for the first time. For those who were already on treatment when they entered care at the clinic, the aim was to look at the proportion with a viral load under 400 six months after entering care. The study also measured the percentage who had a viral rebound after six months and the proportion who left care.

Ryscavage and his colleagues found that the young people did far worse than the adults on every measure. They were three times less likely than adults to achieve an undetectable viral load six months after starting treatment or entering care. Meanwhile, they were 12 times as likely to lose control of the virus later and six times as likely to exit care at the clinic. These outcomes were even poorer for black young people, who were less likely to achieve and maintain viral control than white young people, black adults or white adults.

Ryscavage said he wants to “be careful not to draw too much of a conclusion” about young people in adult clinics, as a couple of studies that followed HIV-positive adolescents and young adults only within pediatric clinics had similar outcomes.

Nevertheless, he and his colleagues urged that “adult-oriented providers should target efforts to identify and overcome barriers to successful clinical outcomes among [adolescents and young adults] in general and African American[s] in particular.”

They concluded: “The adult-oriented HIV care model may not meet the needs of adolescents and young adults,” a finding that echoed Agwu’s. 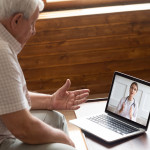