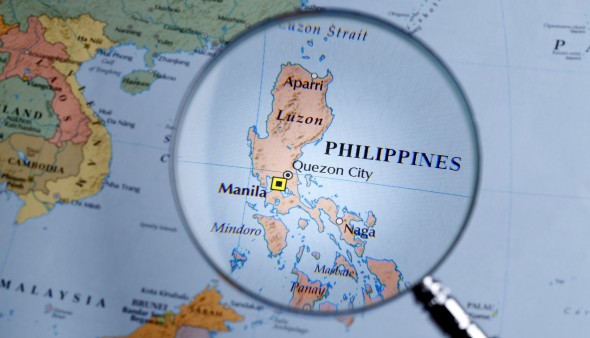 The country is urged to offer treatment to everyone who has HIV regardless of CD4 count; most cases are among young men.

The Philippines has the fastest-growing HIV epidemic in Asia Pacific, with a 140 percent increase in the number of new infections in the past six years, according to data from the health ministry and the United Nations and reported on by Reuters.

Specifically, 10,500 Filipinos were living with HIV at the end of 2016, up from 4,300 in 2010. May 2017 saw 1,098 new cases, the highest number since 1984, when infections were first reported. Men who have sex with men are at highest risk; two out of three new cases are among 15- to 24-year-old men, many of whom lack HIV awareness. (The population of the Philippines is about 103 million, according to the World Bank. In comparison, the U.S. population is nearly 323 million, with about 1.1 million people living with HIV.)

“It is time the government has to treat HIV as a national emergency,” Rossana Ditangco, head of the AIDS Research Group of the Research Institute for Tropical Medicine (RITM), told Rappler.com. She added that it’s time to raise the alarm and pursue an aggressive HIV awareness campaign.

As your UNAIDS Goodwill Ambassador for Asia and the Pacific, I thought it would be more meaningful to start my work here in the Philippines. I did a live HIV testing done (with media around) to show that it is easy, it is for free, it’s confidential and it’s not scary! It’s actually a must. A regular check up that should be done regularly. Please view my story for more on this. Today I did my testing with my cousin (who is a nurse) @poyaness and my handler @eljohnmendoza and RM @cheska_summer. The people who work around me are also tested. Awareness is good but now is the time to call for action. ???? #LIVE2LUV @loveyourself.ph @unaids_ap

To help get the word out, former Miss Universe Pia Wurtzbach, a Filipino who is now a UNAIDS goodwill ambassador for the Asia and the Pacific, had a public HIV test in Manila, AFP reports. She also promotes the issue on her social media feeds.

“It is very tricky in the Philippines because we’re a predominantly Catholic country and we are conservative. That’s why it can be quite a challenge to spread awareness on this issue,” Wurtzbach told reporters. “This is a problem that’s really happening right now, and if we don’t do anything about it, we’re gonna be number one in the world.”

Infectious disease experts and people living with HIV are asking the government to implement a “treat all” policy that provides immediate antiretroviral (ARV) medication to individuals who test positive for HIV regardless of their CD4 cell count.

The 2016 guidelines of the World Health Organization (WHO) recommend treating all HIV-positive people with ARVs right away to stop the replication of HIV and reduce the amount of virus in the body.

The country’s Department of Health (DOH) is set to issue an administrative order to adopt the global policy and update the national treatment guidelines. Previously, it recommended treatment based on a person’s CD4 count.

The RITM, the country’s biggest HIV treatment facility, is set to eliminate the CD4 test and will instead provide the viral load test to measure the amount of HIV.

Naoko Ishikawa, a scientist at the HIV, Hepatitis and Sexually Transmitted Infections Unit of the WHO Western Pacific headquarters in Manila, told Rappler that the Philippines is one of the last countries to catch up with the guidelines that urged countries experiencing epidemics to discard CD4 immune counts and treat all people diagnosed with HIV.

To learn about recent prevention efforts in the country, read “PrEP Arrives in the Philippines … for Some.”