The pace of HIV transmission may have plateaued in the United States in recent years, but the HIV-related death rate fell by half between 2010 and 2017, according to a new study from the Centers for Disease Control and Prevention (CDC).

CDC researchers analyzed National HIV Surveillance System data for people ages 13 and older to determine the age-adjusted annual death rate per 1,000 people with diagnosed HIV. When deaths in this data set had an established underlying cause, the researchers determined whether the deaths were HIV-related.

“The decline in HIV-related deaths proves that investments in HIV testing, care and treatment are paying off, but we should also protect people from getting HIV in the first place,” says Jonathan Mermin, MD, MPH, the director of the CDC’s National Center for HIV/AIDS, Viral Hepatitis, STD, and TB Prevention. 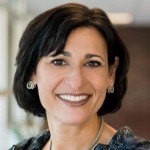