Two California obstetrician/gynecologists (ob/gyns) allegedly refused to provide routine care to clients with HIV, according to lawsuits filed against the doctors by the Department of Justice.

Discrimination based on HIV status violates the federal Americans with Disabilities Act (ADA). Title III of the ADA states that public accommodations, such as doctor’s offices, cannot deny services to people who have disabilities, including people living with HIV.

Both complaints were filed in the Eastern District of California but are unrelated and involve different doctors. One case alleges that Chibuike Anucha, MD, PC, refused to perform a Pap smear on a patient living with HIV who required the Pap smear as part of a consultation for uterine fibroids. Anucha viewed the client as a high-risk patient because of her HIV status, but the lawsuit alleges that Pap smears are routine procedures and a person’s HIV status doesn’t elevate it to a high-risk requiring a referral to a specialist. You can view the full complaint against Anucha here.

The second lawsuit also involves a Pap smear. The case alleges that Umaima Jamaluddin, MD, upon learning of a client’s HIV status, did not allow her to make an appointment for routine preventive care, including a Pap smear. You can read the full complaint against Jamaluddin here.

“The Justice Department continues to work to end discriminatory and stigmatizing treatment of people with HIV based on unfounded fears and stereotypes,” said former acting assistant Attorney General John Daukas for the Civil Rights Division in a press release covering both lawsuits. “Medical providers have a legal obligation under the ADA to provide individuals with HIV equal access to health care services and are in the best position to ensure all involved are adequately protected.”

To read about related discrimination cases, see “Cosmetic Surgeon Must Pay $375K in Damages for HIV Discrimination” and “Lawsuit Claims Restaurant Worker Was Fired Because He Has HIV.” 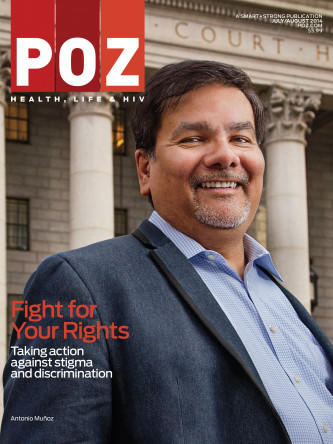