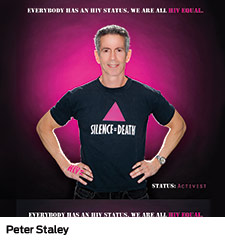 Everyone, regardless of their HIV status, can work to end stigma and promote testing. That’s the message behind “HIV Equal,” a new multimedia campaign launched by Connecticut-based World Health Clinicians (WHC), with design work by Project Runway star Jack Mackenroth and photography by Thomas Evans. The concept is that HIV Equal will travel across the country, offering HIV tests to participants and then photographing them with the “HIV=” logo on their body; all models then complete the caption “STATUS: _____” with a personal word or phrase. They don’t have to disclose their status. The campaign was launched with a host of familiar faces, including activist Peter Staley (pictured above), Broadway stars Nick Adams and Billy Porter, drag queen Bianca Del Rio and U.S. Congressman Jim Himes (D-Conn.). “But we plan to include everyone,” Mackenroth says, “since HIV affects us all.” 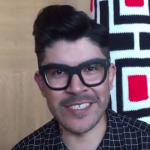 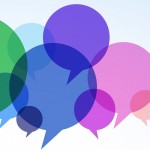