HIV treatment is associated with increases in the amino acid homocysteine, which may help explain the higher rates of arterial disease seen in people living with HIV receiving antiretroviral (ARV) therapy compared with those not infected with the virus, according to a small Mexican study published online ahead of print by the Journal of Acquired Immune Deficiency Syndromes (JAIDS).

When it comes to cardiovascular disease (CVD), people living with HIV are generally damned if they do use ARV treatment and damned if they don’t. Studies have documented an increased risk of CVD disease among HIV-positive people not on ARV therapy compared with people not infected with HIV. This CVD risk is possibly a result of underlying inflammation caused by ongoing HIV replication in the body. Studies also confirm an increased risk of CVD among those HIV-positive people who are receiving ARV treatment. Even after adjusting the data for the cholesterol and triglyceride increases—known side effects of many ARVs—there is still an elevated risk of arterial problems associated with CVD. Though low-level inflammation may be a lingering factor, given that ARV treatment doesn’t completely rid the body of HIV, researchers have remained on the lookout for non-lipid side effects of ARV treatment that may be contributed to the increased risk of CVD.

Homocysteine, an amino acid vital for cellular metabolism and the manufacture of proteins, is one marker being eyed by scientists. Studies have shown that too much homocysteine—a condition known as hyperhomocysteinemia—can increase the risk of CVD by damaging the lining of blood vessels and enhancing blood clots. The biggest risk factors for this condition, at least in the general population, are the inheritance of faulty genes and diets low in folate, vitamin B-6 and B-12.

The Mexican study team, headed by Erika Coria-Ramirez, MD, of the Instituto Mexicano del Seguro Social (IMSS), and her colleagues, evaluated homocysteine levels in 69 people living with HIV, both before and six months after starting ARV therapy. A mix of ARV regimens was used in the study; 17 percent of the patients used a non-nucleoside–based regimen, with the rest using one of several different protease inhibitor–based regimens.

Levels of homocysteine increased substantially in the study. In one evaluation, homocysteine levels were elevated in 7 percent of people living with HIV before starting ARV therapy. Six months later, while receiving treatment, about 90 percent had hyperhomocysteinemia. “We found that [antiretroviral therapy] induces hyperhomocysteinemia,” write the study authors, “a metabolic abnormality strongly associated with both atherosclerosis and thrombotic processes.”

Coria-Ramirez and her colleagues did not find an association between the increased homocysteine levels and blood levels of folate, vitamin B-6 or B-12. This finding, the authors write, suggests that enzymatic disturbances in the metabolic pathways of homocysteine may occur.

“It is possible that changes in homocysteine levels observed in our study may be due to improved immune function or suppression of viral replication,” they write. “These hypotheses may not be possible because they represent a return of patients to a desirable immune competent status similar to that observed in the noninfected population. Instead, it seems that there is a negative effect of general and/or ARV drugs interfering with homocysteine metabolism.”

Going forward, the study authors said, therapies known to lower homocysteine should be explored. “For example, some patients may benefit from betaine (trimethylglycine) or choline (in the form of phosphatidylcholine),” they write. “These therapies have been used in the general population with variable degrees of success.” 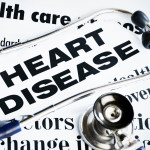