HIV Is Linked to the Progression of Coronary Plaque Among Men

Additionally, researchers found that those with an unsupressed viral load had higher risk than those people with undetectable HIV.

Plaque deposits can clog arteries and lead to a heart attack.

Wendy Post, MD, a cardiologist and professor at Johns Hopkins Medicine in Baltimore, presented findings from a study of coronary plaque among men in the Multicenter AIDS Cohort Study (MACS) at the 2018 Conference on Retroviruses and Opportunistic Infections (CROI) in Boston. 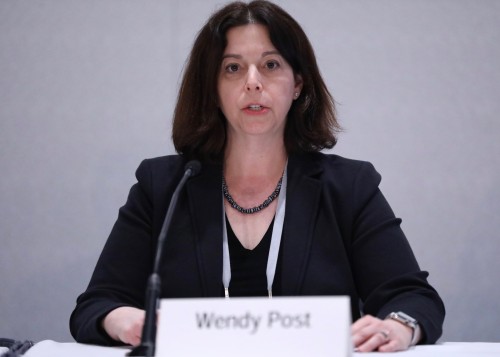 At the study’s baseline and again a median of 4.5 years later, the investigators gave a coronary CT angioplasty to 409 men, including 253 with HIV and 156 without. The purpose of the test was to measure coronary plaque.

The participants were 40 to 70 years old and had not had cardiac surgery, a coronary artery angioplasty or a stent before entering the study. The men’s average age was 54 years old (53 years among those with HIV and 57 among those without). Thirty-two percent of the men were Black (35 percent with HIV versus 27 percent without). Seventy percent of the men living with HIV maintained a fully suppressed viral load for the entire period between their pair of coronary CT angioplasties.

Compared with the rate among HIV-negative men, the relative rate of the development of lipid-rich low attenuation plaque among the HIV-positive men was highest among those who had a detectable viral load during the period between the two angioplasties, at 5.4-fold greater. Those with fully suppressed HIV had a rate of lipid-rich low attenuation plaque 2.4-fold greater than HIV-negative individuals.

A total of 291 men started the study with coronary plaque buildup (179 people with HIV and 122 people without). After adjusting the data, the study authors found that among the men with the greatest change in their volume of non-calcified plaque, HIV-positive men had greater buildup than HIV-negative men.

The study authors stressed the need for further research to determine how suppressing HIV may limit the excess risk of cardiovascular disease seen among those living with the virus.