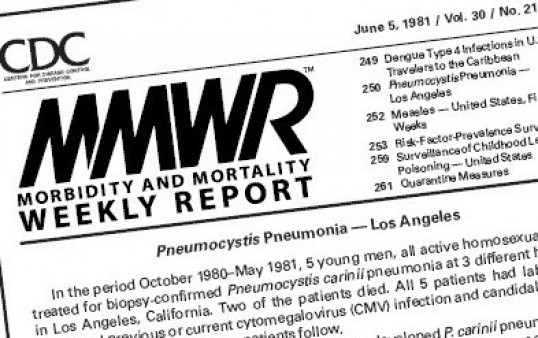 This year’s #HLTSAD is Saturday, June 5, the 40th anniversary of the first AIDS cases reported in the United States.

Saturday, June 5, is HIV Long-Term Survivors Awareness Day (HLTSAD) 2021. The date also marks “the 40th anniversary of the start of the AIDS pandemic,” as HLTSAD organizers put it. For this reason, this year’s HLTSAD theme is “AIDS at 40: Envisioning a Future We Never Imagined.”

On June 5, 1981, the Centers for Disease Control and Prevention (CDC) published in its Morbidity and Mortality Weekly Report an article describing five previously healthy young men (all described as homosexual) in Los Angeles who had Pneumocystis carinii pneumonia (PCP). After the article was published, more cases were reported in other cities.

The awareness day was launched by long-term survivor Tez Anderson and the advocacy group Let’s Kick ASS—AIDS Survivor Syndrome. It’s a time to honor the estimated 300,000 Americans who have been living with HIV for 25 years or more as well as highlight the unique challenges they face.

Why is June 5 a historic day for the HIV community? It’s the 40th anniversary of the first reported cases of what later became known as #AIDS. pic.twitter.com/ql8AwR9l7o

To coincide with the “AIDS at 40” theme, Let’s Kick ASS is asking long-term survivors to email the group at action@letsKickASS.org between now and September 1 with a list of their unmet needs and challenges. Let’s Kick ASS will compile the responses and on September 18, which is HIV and Aging Awareness Day, will start working on calls to action to help address everyone’s needs.

“It’s up to us to set our action plan addressing the present-day and future needs, issues and challenges facing people living longest with HIV/AIDS,” the advocates write on HLTSAD.org.

“We’ve waited long enough. HLTSAD is not a time to look back at our traumatic pasts. (That’s for World AIDS Day.) Our goal over the coming months is for YOU to set our agenda and priorities for moving forward and take action to make changes.

“People living with HIV/AIDS deserve to age with dignity.”

For a collection of related articles in POZ, click #Long-Term Survivors. And don’t miss the POZ Basics on HIV and Aging. Although about half of people living with HIV in the United States are 50 or older, it’s important to note that many long-term survivors are younger than that—for example, those who were born with the virus in the first half of the ’90s.