Go With the Flow

We need more info about how HIV affects menstruation and menopause—and positive women can help provide it.

As she entered menopause nine years ago, Denise Drayton had questions. Would her HIV-positive status influence the way her body responded to hormonal changes? Could she treat the symptoms of menopause the same way an HIV-negative woman could? How might HIV affect her postmenopausal life and body?

“I wanted to find out about HIV and menopause, but there was nothing out there,” Drayton says. Even her doctor couldn’t provide much information.

Knowledge about how HIV affects menstruation has changed over time—not unlike life with HIV itself. The Women’s Interagency HIV Study (WIHS), one of the oldest (since 1993) and largest efforts to examine HIV and women, is an example. Initially, menstrual irregularities were a chief complaint of participants, suggesting some interaction between female hormones and the virus. “But [further research showed] it wasn’t so much HIV as other cofactors causing the problems,” says Susan Cu-Uvin, MD, professor of ob/gyn and medicine at Brown University in Providence, Rhode Island. “If you [eliminated] IV-drug use, alcohol and psychotropic drug [use, you saw that] it wasn’t really the HIV.”

Those findings matched results of other older studies, done when few treatment options were available and many participants had AIDS. As HIV meds became widely available, women’s menstrual irregularities seemed to disappear.

“[Today] we have a better grasp of factors associated with abnormal menstrual cycles: substance abuse, AIDS, wasting disease—it relates more to overall nutritional status,” says Kristine Patterson, MD, clinical assistant professor at the University of North Carolina School of Medicine in Chapel Hill. “If the body doesn’t have enough fat, production of estrogen and progesterone shuts down,” Patterson says. This can happen anytime a woman loses too much weight, and it is exacerbated by advanced HIV disease, which causes the body to burn calories more rapidly.

L. Jeannine Bookhardt-Murray, MD, medical director for Harlem United Community AIDS Center in New York City, still sees lots of menstrual irregularities among her patients. “The majority of the women have other issues, though,” she says. “They’re underweight, they may be using drugs.” Bookhardt-Murray tries to identify the cause of the menstrual problems and treats them the same ways she would for a woman who doesn’t have HIV. She checks for fibroids if heavy bleeding is the problem, say, and may prescribe oral contraceptives to even out menstrual cycles.

But Bookhardt-Murray is now seeing signs that HIV may indeed influence hormonal changes. “I do see that women with HIV tend to go into menopause earlier than others,” Bookhardt-Murray says, and that mirrors the results of a few small studies. Other questions follow. “When you’re postmenopausal, you’re at increased risk for cardiac disease, diabetes, etc., even without HIV,” Cu-Uvin says, adding: “Are positive women [who are] aging going to have more osteoporosis and diabetes?”

Bookhardt-Murray treats these problems as she would in negative women—and for now, seeing a doctor who works to identify and treat symptoms may be as valuable as knowing precisely how HIV affects these symptoms.

Researchers do know, however, that female hormones affect the virus—and that sex hormones generally have an impact on immunity. “We know that where a premenopausal woman is in her menstrual cycle affects her infectiousness,” Patterson says. “Estrogen plays a role—not only in HIV and the interplay of HIV and meds, but also in [the likelihood of] women transmitting and acquiring HIV.” Estrogen’s role may explain why women progress to AIDS at lower viral loads than men. “It’s not uncommon to see a woman with a viral load [as low as] 10,000 and a CD4 count of 200—with AIDS. That’s less commonly seen in men,” Patterson says. “And women lose CD4 cells at different rates.” Estrogen’s specific role in CD4 loss is still under study.

Patterson also points out that for negative women, aging increases the risk of contracting HIV. “Postmenopausal women are probably at a greater risk of acquiring HIV with a smaller number of sexual encounters, or [with] a partner who has controlled HIV, because of physiological changes in the vaginal tract,” she says. “There are fewer natural secretions; there may be small abrasions.” Those changes might also make positive women more vulnerable to other sexually transmitted infections.

That’s why Bookhardt-Murray makes every effort to make sure all her patients are using condoms—at every age. “We have to get older people to realize [condoms] aren’t just for pregnancy prevention,” she says. “It’s a different education on condoms after their periods are over.”

These issues will become more pressing in coming years—and more possible to study. “This is the first generation of aging HIV-positive women,” Cu-Uvin says. “There’s no other cohort you can look at.” A few years ago, she designed a study on the interactions of ARVs and hormone replacement therapy, but she had trouble getting participants.

Denise Drayton would have appreciated knowing the results of such a study as she started menopause. As it turned out, she had little difficulty: some irritability and a few mild hot flashes.

For answers, we need the government to fund long-term studies—starting now. “Individual independent researchers can look at snapshots, but it will cost millions to follow women over time,” Cu-Uvin says. And convincing women to participate in those studies is still a challenge. “Gay men have [historically] wanted to be part of HIV advances. Women are less advocates of their own disease,” Cu-Uvin says. “But we need women to join those studies. There won’t be answers if you don’t volunteer.”
Self-Care Tips
For HIV-positive women with—or without—hormonal irregularities 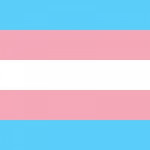 The CDC Refines Estimates of HIV Among Trans Men & Women