AIDS activists warned at a meeting in Cameroon that violence against gay people in Africa jeopardizes efforts to combat HIV across all demographics, IRIN reports (irinnews.org 7/23).

Thirty-eight of the 53 African nations still consider homosexuality an offence deserving imprisonment. It is estimated that HIV infections are four to five times higher for men who have sex with men (MSM) than the population overall.

Dr. Steave Nemande, the president of the human rights organization Alternatives Cameroun, believes that by criminalizing homosexuality “social homophobia is legitimized and it increases fear among MSM, who take further risks to live their sexual life in secret.” 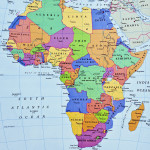