For a group of DC residents, health insurance and trust in their providers couldn’t overcome lack of housing, jobs or money.

For a group of Washington, DC, residents, access to health insurance and general satisfaction with their providers weren’t enough to overcome barriers to HIV care thrown up by a lack of housing, jobs and money.

These are the findings of a survey and in-depth interviews published in the journal AIDS and Behavior. The findings are significant because models show that engaging people with HIV in care could cut new cases by 94% by 2027—but only if it’s possible to engage everyone living with the virus. Getting people into treatment and supporting them to stay in treatment is a key tenet of the federal government’s Ending the HIV Epidemic: A Plan for America.

Between 2013 and 2016, Thurka Sangaramoorthy, PhD, of the University of Maryland, and colleagues recruited 172 people living with HIV in the District of Columbia, working with clinics, community groups and emergency departments to find people in care and sporadically out of care.

The participants were 18 or older, had missed their first HIV clinic visit (if recruited through the clinic) and self-reported living with HIV. All participants answered a survey about their history of HIV care and what helped or hindered their journey to care. Additionally, every other participant was asked to answer more in-depth questions about their support networks, their experience of stigma, their relationships with their HIV providers and barriers to care.

In return, researchers gave survey participants $25 for filling out the survey and another $25 for the in-depth interviews plus public transportation fare to cover the cost of travel to study visits.

The participants were recruited from a convenience sample, meaning that they weren’t recruited to be representative of all people living with HIV in DC. Still, participants were primarily men (63%) and Black (73%), which is not far from the overall demographics of HIV-positive people in DC, of whom 73% are men and 70% are Black, according to AIDSVu.

And much like the overall demographics of people with HIV in DC, 66% of trial participants were in care, 20% were sporadically in care and 14% were out of care. People who were out of care were twice as likely to have been in jail or prison during the last year. And 91% overall also had health insurance.

Participants had been living with HIV for an average of 17 years. The median age was 55, and more than half had multiple other health problems: 14% had diabetes, 28% had heart disease, 29% had hepatitis C and 47% had been diagnosed with a mental health condition.

When the researchers broke down the results by care status, a different picture emerged: Housing was the number one need among those regularly engaged in care, at 60%. But for those who sporadically engaged in care, the primary need was employment. For those not in care, the main need was emergency financial assistance. People out of care were also more likely to report that they had no insurance, had more difficulty getting to a clinic and had a sense that they felt healthy without their medicines and that the medicines might do more harm than good.

The findings “suggest that positive patient-provider relationships alone are not sufficient to keep out-of-care and sporadic-care participants in DC engaged in care,” Sangaramoorthy and colleagues wrote. “Being uninsured or underinsured, unstably housed, unemployed and not having access to reliable transportation, in conjunction with a lack of financial resources impeded [people living with HIV’s] ability to engage in care.” 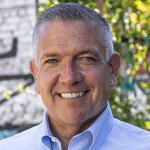 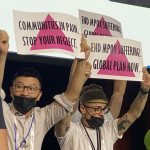 Monkeypox Can Be Severe in People Living With HIV