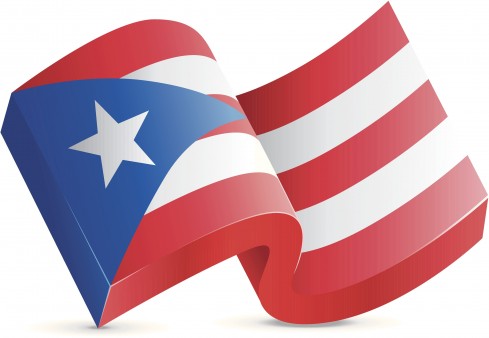 The island made progress against HIV before Hurricanes Irma and Maria. Limited access to food, water and care now jeopardizes those gains.

Although devastated by Hurricane Irma in early September and Hurricane Maria almost two weeks later, Puerto Rico has experienced some positive developments. About half—some 45 percent—of the approximately 3.4 million people now have access to drinking water, according to data released by the Puerto Rican government and reported by USA Today.

But most of the island remains in the dark. The power grid—which required significant investments before the storms, due to the island’s decade-long economic crisis—remains down, and only about 5 percent of people have electricity.

Many, if not most, people across this United States territory in the Caribbean are struggling with day-to-day survival. Maria was a Category 4 storm when it made landfall and the island’s worst hurricane in more than 80 years. The storm slammed across the island on September 20 with winds of 155 miles per hour and resulted in a humanitarian crisis that has the potential to become a public health crisis, according to many experts.

The island’s health care system was already overburdened and poorly resourced and funded. Now, the lack of power, fuel and supplies and the many impassable roads mean that many people with injuries or medical conditions can’t access even basic care. “Many of the 69 hospitals across the island remained closed,’’ reports The Los Angeles Times.

“I’m OK,” says Arecibo-based health educator and advocate Ángel Luis Hernández, who serves as the community representative on several HIV planning and prevention boards, speaking with POZ via Yahoo Messenger. Hernández tested HIV positive in 2003. “There is no electricity or water. No access to internet. Intermittent telephone communications.”

Food, emergency aid, supplies and medications cannot arrive soon enough for the approximately 19,000 people living with HIV in Puerto Rico, a number that AIDS United has described as “among the most concerning” of any state or territory in the United States. Puerto Rico ranks in the top 10 of all states/territories in rate of HIV infection. At nearly four times the national figure, Puerto Rico’s HIV mortality rate is higher than any U.S. state or territory—except for the District of Columbia, which is not a state, or Guam and the Virgin Islands, which have insufficient data for inclusion.

The commonwealth’s response to the epidemic has dramatically improved over the past decade. Those gains were already threatened by the severe economic crisis and wave of austerity measures, as reported in the October/November 2017 issue of POZ, which was published only days before Maria made landfall. The economic crisis is fueled by more than $70 billion in public debt, rapid deindustrialization and job loss, increasing numbers of people leaving the island and longstanding socioeconomic inequalities.

Puerto Rico’s HIV epidemic can be attributed in large part to a generalized lack of funding and its structural dependence on the United States, say experts. The island’s under-resourced infrastructure and meager revenue streams are also among the reasons that the hurricanes’ devastation is so widespread and that the federal and local response has been mired in bureaucracy.

Many people—such as Hernández, who is featured in the October/November 2017 issue—say they are coping the best they can under extremely difficult conditions and trying to help one another.

“There is no power and no internet, but there is running water in my community” of Rio Piedras near the University of Puerto Rico, says 29-year-old L’Orangelis Thomas Negrón, the San Juan–based health and human rights advocate featured on the cover of the October/November 2017 issue, who has been living with HIV since birth. She spoke with POZ via a Messenger voice call. “Mobile phones are not working. It’s difficult to communicate, but I can walk to a place where there is Wi-Fi and internet.”

“My home is OK. My family is OK too. [Last week] I spoke with my father after not having heard from him in more than one week. But there are still many people we don’t know about, especially those who live in rural areas,” says Thomas Negrón, a peer educator at Taller Salud, the community-based feminist organization that focuses on women’s health, reproductive justice and violence prevention.

“Thankfully, I have enough medications for myself,” she adds.

Puerto Rico has made significant advances against HIV. For instance, there were only 529 new HIV cases on the island in 2015, the Puerto Rico Department of Health recently told POZ. That’s down from 2000 new infections in 1993. Some advocates are concerned that the devastation caused by the hurricanes could lead to treatment interruptions for many people living with the virus, which could in turn lead to drug resistance.

But support and solidarity among people living with HIV in Puerto Rico and across the diaspora in the States have been pouring in. Some are taking to social media to let others know that they are willing to share their medications with those in need.

Thomas Negrón is currently taking Epzicom and Isentress. “I have several bottles of pills,” she explains. “Many people also may not have access to their medications because many clinics and pharmacies are closed. So I wrote on Facebook, ‘If anyone needs medications I can share.’”

Many community-based organizations are also finding creative ways to deliver services to people living with HIV during this crisis.

“Some of the community-based organizations that provide HIV care have moved their providers to pharmacies,” said Carlos E. Rodriguez-Díaz, PhD, a public health scientist and associate professor at the School of Public Health of the University of Puerto Rico-Medical Sciences Campus, during a Messenger voice call with POZ. Rodriguez-Díaz is also the president of the board of directors of Coaí, the island’s oldest AIDS service organization.

“The basic challenges are that the organizations may not have water or generators for power, so they cannot provide services. They are working with [pharmacies] where they have established agreements, which have water and power, to [maintain] continuity of care. These are some magnificent efforts by our community-based organizations.”

To read the October/November 2017 POZ cover story on living with HIV in Puerto Rico, click here. For more information on how you can help, please click here and here.