Jacques Chambers—an HIV and hepatitis advocate, as well as a health care counselor, blogger and former head of the Benefits and Insurance Department at AIDS Project Los Angeles (APLA)—died January 11 in Hollywood, California, after a brief illness, according to APLA.

Chambers was an HIV-negative certified public accountant who joined APLA in 1990 after working 25 years in the insurance industry. According to co-workers, Chambers brought with him an “encyclopedic understanding” of health care coverage to the job, which he used to help people living with HIV/AIDS, hepatitis and other conditions.

Throughout the ’90s and early 2000s, Chambers regularly volunteered with HIV-positive people to get them the care they needed, and was known to even pay for their premiums out of his own pocket. During this time, Chambers also worked with the California legislature on benefits legislation, and served as an expert witness in insurance litigation across the state.

Under his supervision, APLA came to hold weekly workshops to guide people through the application processes for Medi-Cal and Social Security Disability benefits. Chambers also helped organize benefits trainings for case managers and social workers across the state. In 2000, he left APLA to start his own consulting firm, Help with Benefits, where he offered his years of expertise to anyone struggling with an insurance policy or disability claim.

Chambers was also an avid writer and public speaker on the topics of disability, Medicaid, the Affordable Care Act (ACA) and health care navigation, contributing to publications such as HCV Advocate, Being Alive Newsletter, The Body, POZ and Hep. 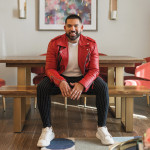