Filmmaker June Cross reflects on how her documentary Wilhemina’s War sheds light on HIV/AIDS in the South. 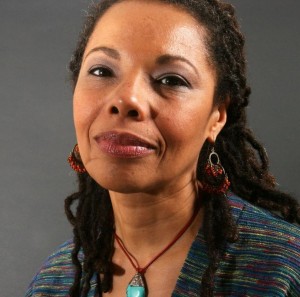 June Cross has been a professor of journalism at the Columbia Journalism School in New York City since 2006. She founded the school’s documentary program in 2009. Her expertise is in broadcast journalism and documentary filmmaking. As a former journalist, Cross reported for CBS News and for PBS on both Frontline and the MacNeil/Lehrer NewsHour, where she won an Emmy Award in 1983 for her coverage of the U.S. invasion of Grenada.

In 1997, Cross earned another Emmy for Secret Daughter, an autobiographical documentary about how issues of race and color affected her family. In 2003, she was an executive producer for This Far by Faith, a six-hour series on PBS about the role of religion among African Americans. She published a memoir in 2006.

Her latest documentary is Wilhemina’s War, which shares the journey of Wilhemina Dixon, an HIV-negative grandmother and daughter of sharecroppers from South Carolina, and her granddaughter Dayshal Dicks, who was born with HIV.

Cross spent five years documenting the highs and lows of both women, including the loss of Dayshal’s mother to AIDS during the production of the film. Initially released in 2015, Wilhemina’s War premiered on Independent Lens on PBS in 2016.

How did this project come about?

We got a grant from the Ford Foundation to do work around women’s reproductive justice issues. We then ran across a statistic that black women in the 16- to 34-year-old age group were being lost to AIDS. It struck me as so bizarre, so I had a former student, Lisa Desai [who is now a broadcast journalist], look into it.

After some hunting around, she settled on South Carolina, which at that time led the nation in heterosexual transmission of HIV. We thought that was important because many African Americans still thought of AIDS as mostly a gay white man’s disease. So Lisa went to South Carolina to find out more.

She found an article by Dayshal Dicks, Wilhemina’s granddaughter who was born HIV positive and whom Wilhemina mostly raised. Dayshal wrote about growing up in a small town. Lisa went to meet them and developed a close relationship with Wilhemina. From there we were off.

What compelled you to tell their story?

Wilhemina is just one of the most amazing women that I’ve ever met. There’s this trope of the strong black woman, which she is, but I could also see her cracking under the strain — the sense of abandonment by the government, that she was left on her own to try to get any kind of help for her family and that nobody wanted to talk about it.

When we started this project, South Carolina really did feel to me like New York in the early 1980s, when I started to cover the AIDS epidemic. I was astonished that certain attitudes about HIV still existed in the United States.

There are lessons that Malawi and Uganda, for example, have to teach the Southern United States about AIDS stigma and engaging families in the support of people living with HIV.

Why did this project take five years?

I thought that I was done after about three years, so I tried to raise the funds at that time to finish the documentary. I couldn’t. There are several reasons for that. For starters, there aren’t very many films about indigent people in general.

So here I’ve got a story about indigent black people living in the South. A very good friend of mine who saw an early cut of the film said, “Well, everybody knows that it sucks to be poor and black in the South.” I was like, “Well, actually, no. I don’t think everybody knows.”

Aside from that problem, the film at that point was sort of a downer. Folks would look at it and say it was depressing. Obviously, that cut wasn’t relaying the dignity and ultimate triumphant spirit of Wilhemina and Dayshal.

At that point, we also were in a down period with Dayshal. She had gone to Atlanta to advocate at an AIDS Healthcare Foundation [AHF] “Keep the Promise” rally, but when she got home, she was bullied by some girls on Facebook. I had to wait for an uptick in her story, which took about a year and a half [but resulted in a good ending for the film].

After that, I didn’t have enough funding to get the audio mix, do the color correction and get the credits put on it, so I went to AHF, which came in with the needed final funds.

Journalistically, it did feel slippery accepting AHF funding. I tell students not to take money from an interested party when you’re doing a film. I also know that AHF is controversial among AIDS service organizations. Despite all that, I believe they’ve done a great job with getting the word out about the film.

Although it does end with a sense of hope, the film is forced to deal with a sad storyline, which is the passing of Toni, Dayshal’s mom, as well as the death of a family friend, Chamalla.

Toni died in a nursing home where no one was trained in the care of people with HIV, so they tended to just ignore her except when absolutely necessary.

Meeting Chamalla, however, was one of the three worst days of my life as a reporter. The other two were reporting on Lebanon the day that the U.S. Marines Corps barracks were bombed in 1983 and the day that the World Trade Center buildings fell in 2001.

In the film, we see Chamalla at Toni’s wake planning her own funeral. She lost her battle against AIDS, dying within 10 days of that interview. She decided to go off her HIV medications because they made her feel miserable and she couldn’t find a regimen that would work for her.

A mother of two children, Chamalla was only 32 years old. There were some complicating factors, such as the distance she lived from her doctors and only being dealt with when she was sick in the emergency room. She dealt with such a high degree of hopelessness.

Realizing the depth of her despair just felt really awful. Part of that despair was that she discovered that a man she was in a relationship with had HIV and that was how she contracted it, but he never used condoms. She didn’t ever think to negotiate condom use, which I soon discovered was a widespread problem for women. 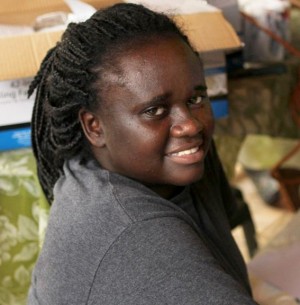 Tell us about the aftermath of the film.

AHF has embraced the film and sort of taken it on a road show. To promote the film, Wilhemina and Dayshal have probably traveled outside South Carolina more now than they had in their lives.

There has really been an outpouring of grassroots support. There are aspects of the story that are resonating even in urban areas. The story is about the rural South and the related troubles of getting to a doctor, staying on your meds, etc. Those things are also true for people who live in the South Bronx or Compton.

I think Wilhemina and Dayshal expected this film to benefit them more personally than it has so far. I didn’t realize the degree to which they thought that, so our relationship is a bit strained.

That said, we did start a GoFundMe page for Dayshal. She is on the verge of getting her high school diploma. She feels really good about that. Also, a Los Angeles church donated money so Wilhemina could fix her roof, which was leaking. She hadn’t been able to get certified by the state to do home health care because of the leaky roof.

Earlier, I said that it was usually best to avoid taking money from interested parties. Further, before this film, I also would have said that you want to raise awareness through documentaries, but you don’t want to become an advocate. I’m still trying to walk that line, but it is more difficult for me now to do so.

Why did this topic speak to you?

I have lost family members to AIDS. My best friend from high school died from an AIDS-related illness hiding away, not telling anyone. The idea that you have to hide this disease — it’s just crazy. I stopped counting at 36 friends lost to AIDS.

My personal connection to AIDS is why I was resistant at first about getting involved with this film. I kept saying to myself, yeah, there’s this awesome person named Wilhemina fighting the good fight, but I’ve done that story. (But I realized that I hadn’t done her story.)

Most of the films I’ve seen about HIV often have a Greek chorus of people. We tend not to trust often enough the idea that one person’s story can illuminate a larger issue. To the degree that you can dig down deep into one person’s story it helps, because if you dig deep enough the particular becomes universal.