Immigration Equality advocates on behalf of both LGBT immigrants and all immigrants living with HIV. 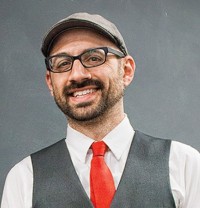 Aaron C. Morris is executive director of Immigration Equality, a New York City–based immigration rights organization. The nonprofit group advocates for people from around the world fleeing violence, abuse and persecution because of their sexual orientation, gender identity or HIV status. Since it was founded in 1994, the group has won asylum for hundreds of LGBT and HIV-positive immigrants with a 99 percent success rate.

Before becoming executive director in 2016, Morris was legal director of Immigration Equality. He joined the organization in 2008 as a staff attorney after two years as a staff attorney at the United States Court of Appeals for the Second Circuit. He earned his law degree in 2005 from American University Washington College of Law.

Gridlock in Congress over comprehensive immigration reform led President Obama to sign an executive order to protect from deportation at least some individuals who were brought to the United States as minors by parents who were undocumented immigrants. President Trump rescinded the Deferred Action for Childhood Arrivals (DACA), but that order won’t be effective until 2018.

The fate of the Dreamers—which refers to DACA enrollees who would eventually attain permanent residency if the Development, Relief, and Education for Alien Minors (DREAM) Act bill were to become law—is yet to be determined. Add in concerns over the effects of an executive order from President Trump commonly known as the Muslim travel ban, which was challenged in court, and immigration is one hot topic. Morris offers insights on what it all means for LGBTs and for HIV/AIDS.

Tell us about Immigration Equality.

We were founded with a three-part mission. The first was to find ways for same-sex couples who didn’t have access to marriage equality to plan their families. Unlike different-sex couples, you couldn’t get a green card yet through marriage.

The second was to establish the American asylum system as a way for foreign nationals who were going to be persecuted or tortured to stay safely and legally in the United States and have a pathway toward citizenship.

The first year that the federal government formally recognized sexual orientation as a protected ground under asylum law was 1994. The first case was with gay men, so we devoted ourselves to expanding that protection to lesbians, bisexual people, transgender and gender-nonconforming people.

If you were LGBT and found to be here living with HIV, it was a reason to deport you from the United States. That was blatantly anti-LGBT because they created a waiver for different-sex couples who were married, and that waiver was not available to our community.

We worked very heavily starting in the mid-2000s to lobby Congress with coalition partners to overturn that discriminatory ban. To see the parallels between the defunct HIV ban and the Muslim and refugee ban is disturbing.

All of the nations affected by the new ban are also countries from where we have clients seeking asylum or refugee status. To foreclose the possibility of offering them protection is a nightmare, and it’s a gross human rights violation.

What are some of the effects of the Muslim travel ban?

The number of refugees America will accept has been reduced from 110,000 to 50,000. We reached that quota in July, so we are currently not accepting refugees from anywhere in the world, which is obscene. To reduce the number by more than half sends the wrong message.

I spoke with a Libyan man who had been resettled right before the ban was instituted. He told me that one of the few things that keeps a refugee camp a tolerable place is the hope that you might be resettled out of there. The ban squashes the hope of the refugees in those camps.

A lot of people have no choice but to leave their country, so there are many judges and asylum officers who have given our clients protection based on their HIV status, but we have yet to see a case declaring HIV as a protected ground in the way we did for sexual orientation or gender identity. We’re working on it. We’ll probably get there eventually.

Give us an update on DACA.

When DACA was signed in 2012, we were in a position to advise potential DACA recipients of the benefits and the risks. We did a lot of safety planning for people, but most young people wanted to take the risk, particularly since this is the only nation they’ve ever known.

The Dreamers now feel like all of their security has been pulled out from under them, that they’re being attacked, when all they did was everything right. They obtained degrees, got jobs, paid taxes, started businesses and careers.

We have a client who is midway through nursing school. He’s asking himself, “Should I finish this? Is it worth it? Will I get licensed at the end? What am I supposed to do with my life now?”

If Congress moves quickly in a bipartisan way, which it should because there is support throughout the United States and within Congress to solve this problem through passing the DREAM Act, then these young people will not have taken a leap of faith for nothing. 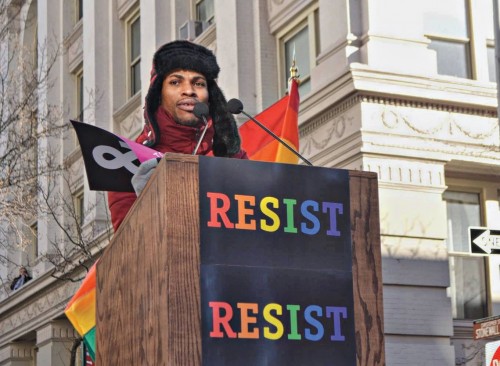 Let’s start with a brief overview of what used to happen versus what happens now. When we started heavily lobbying Congress, often it would be the queer voices in the room that were not being included among other immigrant groups.

There were various reasons. Some of the groups were conservative or religious or just not wanting to take a chance on adding queer people because they believed it would hurt a broader coalition. Today, it’s almost the opposite.

President Trump has galvanized a coalition of the middle and the left and even people who years ago would never have given me the time of day. We are eager to have the biggest unified voice possible in seeking immigration reform.

Having said that, it’s always a battle. We haven’t had a real immigration reform bill since 1996. We are well overdue, but there are lots of other things that we could do to reform the immigration system that do not require a bill.

Another example: If you are threatening people with deportation to places where they’re going to get killed because they have HIV, they should have lawyers to represent them. The law does not provide that. It allows it only if you can pay for it yourself or if you have probono counsel like Immigration Equality.

The executive branch could do more on its own, independent of Congress, to make the immigration system fairer, more expedient and more humane.

Are the challenges LGBTs face different from those faced by people with HIV?

There are logistical concerns and issues with the legal merits of a case. When we meet people living with HIV, the first thing on their minds is often logistical, related to health care or housing or their children’s needs.

Regarding the law, if it’s dangerous to be a queer-identified person in a country, it’s probably more dangerous to be queer and HIV positive. So in some way, it often makes the case stronger to be both.

That said, many straight people living with HIV are at risk for persecution in countries that have a lot of HIV stigma. Judges take that into consideration.

Our goal is always to empower people, to support them and to encourage them to speak out in a safe way.