What Do We Know About Trump’s HIV Plan for America?

Broad details emerge, such as targeting the HIV hot spots that, when combined, account for 50 percent of new HIV cases.

In his State of the Union address, Trump urged lawmakers to “make the needed commitment to ending the HIV epidemic in the United States within 10 years.” But he offered no details as to what, exactly, Congress would commit to, how much it would cost and who would pay for it. Turns out, the broad outlines of a strategy are available online at HIV.gov, including fact sheets, which we’ve posted below. Federal health leaders have also begun promoting the details in the media. Here’s what we know so far. 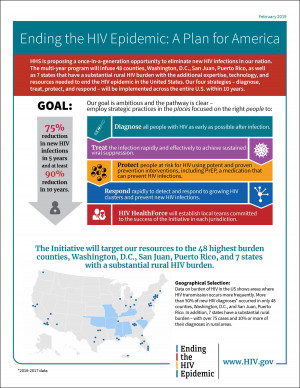 Part of a 2-page fact sheetCourtesy of HIV.gov

Titled “Ending the HIV Epidemic: A Plan for America,” the initiative sets as goals a 75 percent reduction in new HIV infections during the next five years and at least a 90 percent drop within a decade. 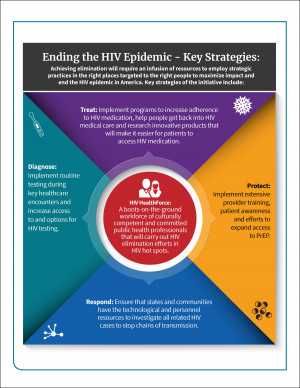 Part of a 2-page fact sheetCourtesy of HIV.gov

These efforts will be focused on 48 counties and seven rural states plus Washington, DC, and San Juan, Puerto Rico. Together, these so-called HIV hot spots have contributed to more than 50 percent of new diagnoses in recent years. 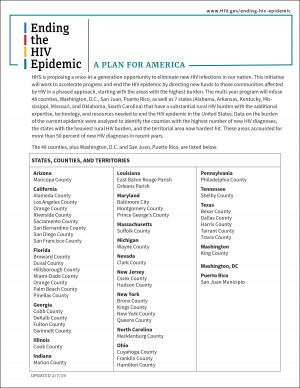 HIV hot spots targeted in the federal plan to end HIVCourtesy of HIV.gov

The U.S. plan, according to the JAMA opinion piece, will also leverage the power behind Undetectable = Untransmittable, or U=U. This recently proven concept “has broad public health implications for HIV prevention and treatment at both the individual and societal level,” the authors write.

They explain further: “U = U means that individuals with HIV who receive antiretroviral therapy and achieve and maintain an undetectable viral load do not sexually transmit HIV to others. U = U will be invaluable in helping to counteract the stigma associated with HIV, and this initiative will create environments in which all people, no matter their cultural background or risk profile, feel welcome for prevention and treatment services.”

Regarding funding for this HIV plan, Science Insider reports that details will surface next month when Trump makes his 2020 budget request to Congress. An official from the Department of Health and Human Services (HHS) said Trump will request new funding for the proposed HIV plan rather than take it away from existing programs. (The Science Insider article also sheds light on how HIV became a State of the Union address talking point in the first place.)

While all this may sound like news worth celebrating, HIV advocates and organizations looked askance at Trump’s State of the Union address, pointing out that no strategy can succeed under an administration that tries to demolish access to health care and medication while also targeting the very people most vulnerable to HIV, including African Americans, the LGBT community and immigrants.

For a rundown of responses by AIDS groups, check out “AIDS United and 21 HIV Groups Urge Trump to Honor SOTU Commitment” and “How Other HIV/AIDS Groups Responded to Trump’s State of the Union Address” plus articles by the head of the Elizabeth Glaser Pediatric AIDS Foundation and the Black AIDS Institute.

POZ Poll: Do you think Trump’s HIV Plan for America will be enacted?