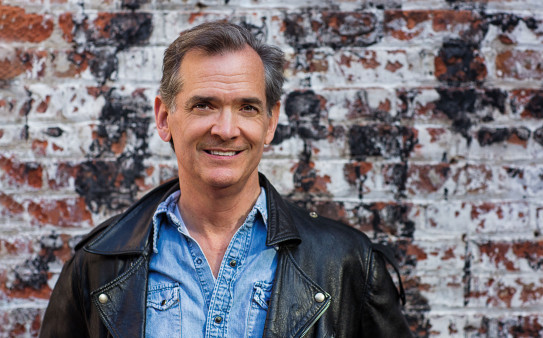 In 1994, frustrated by the media’s coverage of the AIDS epidemic, activist Sean Strub started a magazine to amplify the voices of people living with HIV. He named it POZ.

“Almost no one knew what ‘POZ’ meant when we launched,” Strub recalls. “It had the advantage of serving as a double entendre, meaning both ‘HIV positive’ as well as ‘thinking positive and taking control of one’s life,’ which was central to the magazine’s message.”

Many people at the time doubted that POZ would last. But Strub, who tested HIV positive in 1985, had sold his insurance policies and invested everything he had into the start-up, which was produced in his New York City loft.

“When I was really sick, POZ gave me a purpose that was crystal clear,” he says. “That purpose was important to my survival during a time when I might just as easily have died.”

Strub served as publisher and executive editor of POZ until he sold the magazine in 2004, at which point he relocated to Milford, Pennsylvania, a small town he grew fond of in the late ’90s.

One of the buildings he renovated was the Hotel Fauchère. In 2001, Strub and a partner acquired the defunct landmark hotel. Five years later, it reopened for business. The hotel continues to operate today with Strub as owner.

But Strub’s most important role in Milford is serving as its mayor. In 2016, he was unanimously appointed mayor by the town’s council before getting elected by its residents the following year.

Strub is no stranger to politics. He was the first openly HIV-positive person to run for U.S. Congress in 1990, and he details his candidacy in his 2014 autobiography, Body Counts: A Memoir of Politics, Sex, AIDS, and Survival.

His mayoral responsibilities notwithstanding, Strub still advocates for people living with HIV.

He is the executive director of the Sero Project, a network of people living with HIV working to fight stigma and HIV criminalization. The group produces the biennial HIV Is Not a Crime Training Academy as well as a health and wellness resource guide for prisoners with HIV and hepatitis.

“I have learned so much and become a better person through my work with other people with HIV, and that is no different today than it was 25 years ago,” he says.

Strub’s advice to people living with HIV is: Make connections, be of service and have hope.

As for POZ commemorating its silver anniversary, Strub is proud of “the community of people living with HIV, our closest friends and allies who have helped sustain the magazine and carry forth the values we espouse to a broader world.”