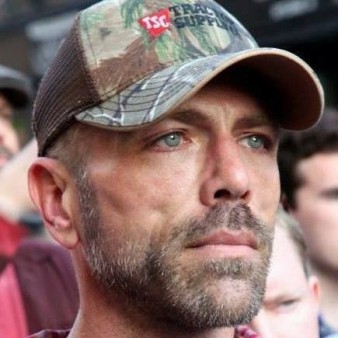 A Long-Term Survivor Speaks Out

Sean McKenna reflects on the urgency of overcoming isolation and depression for people who tested HIV positive before 1996.

Sean McKenna, 54, was a 2015 POZ 100 honoree for his advocacy work, which included convincing GMHC to revive its Buddy Program. The program pairs trained volunteers with often isolated long-term survivors. Also as a result of McKenna’s efforts, GMHC added a page to its website devoted to services for long-term survivors.

“Most of the buddies I know who want to volunteer are not HIV positive,” McKenna said. “Most of them have respect for the history we’ve been through and want to help.”

McKenna tested positive for HIV in 1992 but suspects he contracted the virus more than a decade earlier. He was treated twice for pneumocystis pneumonia. He was released from the hospital after the second bout in 1996, just one month before the U.S. Food and Drug Administration approved the first protease inhibitors.

A former Ford model, McKenna is profiled in the 2013 book, The AIDS Generation: Stories of Survival and Resilience, under the pseudonym “Kerry.” POZ spoke with him about the problems unique to long-term survivors, who face both having HIV and getting older.

According to the Centers for Disease Control and Prevention, at least half of all HIV-positive Americans by 2020 will be 50 or older, and many of them will have been living with the virus for decades.

How is your health?

To be 50-something and to have arthritis in your hips and your knees and to have a higher risk of lymphoma — it’s starting to take its toll on all of us. I see the doctor every two months. We have cognitive issues way before other people would, making it difficult to deal with benefits and insurance. I’m blessed with a family, and I’m blessed with friends, so I’m able to get by.

In your mind, who qualifies most as a long-term survivor?

People who tested HIV positive before 1996 [when effective treatment was introduced]. GMHC wanted to say anyone over 10 years, but most of them still have their jobs. They have health insurance. That’s not the case with many of us who were diagnosed before 1996. We had to give up our jobs, our insurance. If we went back to work we’d have risked losing all of our benefits. We were just kind of shelved. We live in poverty in order to qualify for any kind of benefits.

Why do you think long-term survivors have been overlooked by AIDS service organizations and LGBT advocacy groups?

They focused on marriage equality, and when we got it I thought here’s our chance. Then pre-exposure prophylaxis (PrEP) came along, and thank God it did. But what about us? Long-term survivors continued not to come up. There is also reluctance by us to ask for help.

Isn’t it enough that long-term survivors survived, when so many others did not?

People say, “Oh, shut up, you guys got to live.” We got to exist, but we didn’t really get to live. Which is why I think nowadays long-term survivors are just over it. Lately I’ve heard of too many people dying. I have three friends who stopped taking their meds and died. For people to quit taking their meds, they have to be pretty depressed and isolated. It’s sheer exhaustion. It’s the side effects of the meds, the aging quickly, the depression from not having a career.

What gave you the idea that GMHC should revive its Buddy Program?

It’s still an uphill road to get people to notice long-term survivors. Many of us didn’t really have a career or a life. An old person with AIDS? Forget it. It’s the last thing that anybody wants to worry about.

Long-term survivors are home, and they don’t reach out. Most of us are really isolated, with all these issues that nobody really understands. Loneliness alone will kill you. My idea for the buddy program was to get to the isolated people.

Back in the day, GMHC would call me every six months. I went in on day one [of trying to revive the Buddy Program] and said, “Do you really want to be known as the agency that saved us, only to let us die at home of isolation?” Nobody thought about the consequences of keeping us alive without anything to live for.