Making the Case for Equality

Lambda Legal fights for LGBT people and everyone living with HIV.

As a civilian administrator in law enforcement, Richard Roe had logged many of his years in Los Angeles behind a desk. So it made sense when, in preparation for a move to Atlanta, Roe applied for a similar position there in 2006. Yet the recruiter handling his application paperwork at the Atlanta Police Department (APD) suggested something more intriguing: Why not try for a position as an officer?

Roe, then 34, accepted the admin job but simultaneously threw himself into the rigorous application process necessary to patrol and walk a beat. Things proceeded smoothly until he took routine blood tests, part of a preemployment physical, at a clinic contracted by the APD. A doctor there met with Roe to discuss the results, ultimately telling him he had HIV.

Long aware of his status, Roe was calm. He recalls the doctor saying, “I get the sense that you already know that you’re HIV positive.” When Roe nodded, the doctor dropped a bomb. “Well, the Atlanta Police Department is not hiring HIV-positive police officers, so your hiring process is basically over.”

Another person might have been crushed by the experience, but not Roe. “I was really pissed off. I was righteously indignant. I thought, How dare they ardently recruit me to be a police officer and then pull out this arbitrary thing to disqualify me?”

Roe—who remains anonymous to protect His privacy—knew his HIV status was irrelevant to the position. He was in good health and able to perform the job; his viral load had been carefully monitored and was undetectable.

So he turned anger into action. In 2008, he and his attorney, Steven Koval, took the case to district court. In Roe v. City of Atlanta, the city argued that a police officer with HIV presents a “direct threat” to the health and safety of others. The city did not support this belief with evidence, nor did it identify any part of the job Roe could not perform as a result of his HIV.

It was a devastating loss for Roe and Koval, who up until the summary judgment believed they would win. “It was like a big kick in the gut because up until that point, we felt like we had been walking in righteousness,” Roe recalls.

While Roe nursed his disappointment, Koval persevered. He worked the phones, soon turning to the national nonprofit Lambda Legal, which specializes in litigation involving discrimination against LGBT people and people with HIV/AIDS.

Founded in 1973, Lambda Legal has since played a role in many of America’s pivotal and high-profile court decisions regarding LGBT people. This includes the historic 2003 case Lawrence v. Texas, in which the group persuaded the U.S. Supreme Court to overturn all remaining state sodomy laws.

In 2015, Lambda Legal lawyers served as cocounsel in one of the cases known collectively as Obergefell v. Hodges, in which the Supreme Court declared that denying same-sex couples the freedom to marry violates the U.S. Constitution.

Koval ultimately spoke with Scott Schoettes, HIV project director at the nonprofit, who agreed to look into the case. Concluding that the district court might have erred in its ruling, Schoettes and supervising staff attorney Greg Nevins, decided to revive Roe, working with Koval as cocounsel. 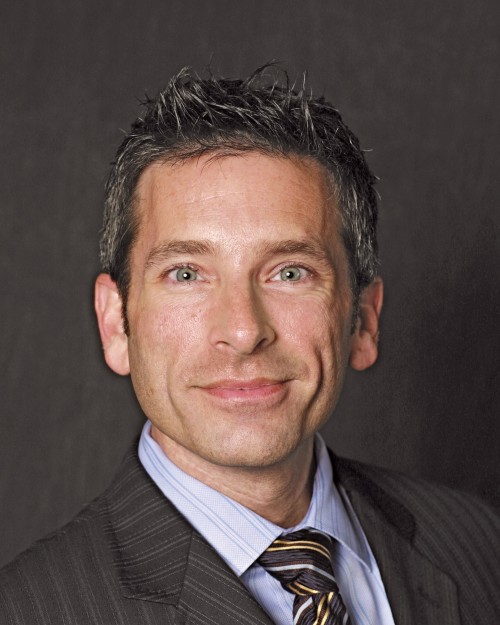 The day they argued the case in appeals court in 2012, Roe slipped in quietly among the members of the press in attendance. “I watched Scott in his 15 minutes of glory, showing that the burden of the case should have been shifted to the City of Atlanta all along.”

Schoettes argued that Roe had presented sufficient evidence to show that his HIV was not a threat to others. He also sought to establish a more technical procedural point: that the city should not have been permitted to argue that Roe was a direct threat after it had flip-flopped on its argument, having earlier taken a contrary position.

The 11th Circuit Court of Appeals agreed and reversed the district court’s decision. “It was one of the best days of my life,” says Roe, who was later awarded a $250,000 settlement.

The importance of advocacy on behalf of people like Richard Roe hasn’t gone unnoticed. At this year’s Liberty Awards National Dinner, Lambda Legal’s annual fundraiser, a sizable crowd of lawyers and members of the business community convened at Pier Sixty, a stately waterfront venue in New York City.

Activist and author Larry Kramer, one of the award honorees, milled about the cocktail crowd. As dance music pounded from an overhead speaker, Kramer, 82, shared his perspective on Lambda Legal. “It keeps us safe,” he says simply. “And when we have an organization as good as this, we really have to see that it’s taken care of.”

About a week later, Schoettes reveals that Lambda Legal had exceeded its fundraising goal for that night, raising more than $1 million. “The community gets that we are facing a unique kind of threat these days and is rising to the occasion.”

He cites the political climate—for example, the fact that HIV advocates had met with members of both the Hillary Clinton and Bernie Sanders campaigns during the 2016 primary season but were unable to secure a meeting with then-candidate Donald Trump’s campaign.

“That is indicative of where things are; at this point, we are shut out,” says Schoettes, who was appointed a member of the Presidential Advisory Council on HIV/AIDS (PACHA) by former President Barack Obama.

Although he and other PACHA members sent the Trump administration an advisory letter outlining recommendations and goals regarding HIV-related policies, he says they never heard back. “It seems to me that this is not an administration that is having their policy guided by experts or by people who know or who are affected by these things.”

In fact, Schoettes and five other PACHA members resigned from the council in June because, as he spelled out in a Newsweek op-ed, Trump “simply does not care.”

Schoettes is also concerned about the Trump administration’s vow to repeal and replace the Affordable Care Act (ACA), which he views as a savior for people living with HIV, in part, because it covers preexisting conditions.

Lambda Legal, which also functions as a bipartisan policy advocate, has written amicus briefs—documents filed in cases by non-litigants with a strong interest in the outcome—when the ACA has been challenged before the Supreme Court.

In King v. Burwell from 2015, opponents of the ACA sought to cut subsidies that make health insurance affordable for most low-income residents—including tens of thousands of people living with HIV—in the 34 states that have a federally facilitated health insurance exchange.

In its amicus brief, Lambda Legal explained the disparate impact that an adverse decision would have on HIV-positive people of color in the states that have elected not to operate their own health insurance exchange. In a 6 to 3 decision, the Supreme Court agreed and rejected the challenge.

For Schoettes, who lives with HIV, such cases are personal. He left the tony corporate law firm Latham & Watkins in 2007 to join Lambda Legal in defending people who have been wronged because of their HIV status. He has focused the HIV work of the organization on what he terms “access to care” cases, in which people with HIV/AIDS face barriers to insurance or affordable medicine.

In the 2014 case East v. Blue Cross Blue Shield of Louisiana, for example, Lambda Legal filed a lawsuit on behalf of John East, a part-time worker in the hospitality industry. East, who had been insured by Blue Cross for nearly 30 years, learned the insurance company would no longer accept the federal Ryan White Care Act subsidies for which he qualified. Without the subsidies, East would not have been able to afford his medical care and HIV medications.

“The insurers, starting with Blue Cross Blue Shield, thought they had found a way to exclude lower-income people living with HIV from their insurance rolls by refusing to accept payment from third parties,” Schoettes says. In the end, Lambda Legal prevailed, effectively reversing the policy change.

Along with the successes, Lambda Legal—as well as other progressive organizations—has struggled with certain types of claims involving LGBT-based discrimination. In particular, this means court cases involving claims as they relate to the meaning of “sex.”

There are longstanding protections in this area: Under Title VII of the Civil Rights Act of 1964, employers are prohibited from discriminating against employees on the basis of sex, race, color, national origin and religion; Title IX of the Education Amendments of 1972 prohibits discrimination on the basis of sex in federally funded education programs. What is as yet unsettled, however, is whether sexual orientation and gender identity are also protected under the “sex” rubric.

Rachel Tiven, chief executive officer of Lambda Legal, is mindful of the complex legal tangle involving conflicting court opinions. Sitting in her sunlit Wall Street office overlooking New York’s East River, Tiven, who joined the nonprofit in 2016 after helming Immigration Equality, which advocates for LGBT and HIV-positive immigrants and asylum seekers, says, “The most important work we are doing to advance LGBT rights is all around expanding the courts’ understanding of LGBT discrimination as sex discrimination.”

As Tiven and others see it, if you fire someone because he or she is lesbian, gay, bisexual or transgender, “the reason you are firing them is about them not being the right kind of woman, or not acting in the way a man is supposed to act, or because of their relationship with another person of the ‘wrong gender.’ All those things add up to sex discrimination.” 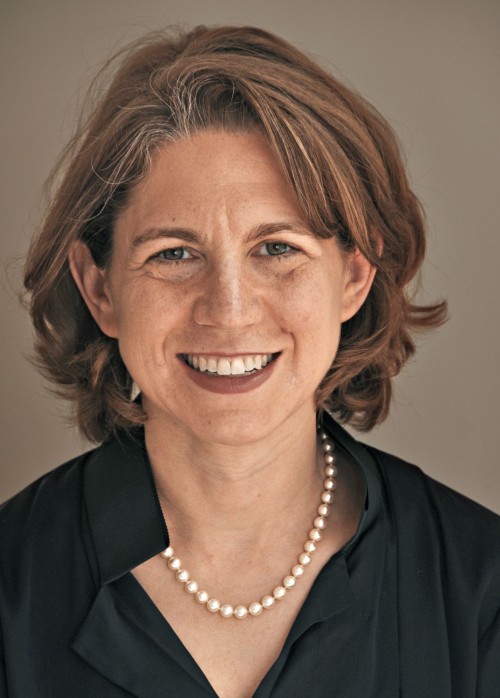 The ruling came on the heels of Lambda Legal urging the court to reverse a lower court ruling and allow Kimberly Hively to present her case. Hively alleged that the college where she worked as a part-time instructor for 14 years denied her full-time employment and promotions and ended her employment because she is a lesbian. Between 2009 and 2014, Hively applied for and was rejected from six full-time teaching positions. In July 2014, her part-time contract was not renewed.

“She was denied promotion and eventually fired after somebody saw her kiss her girlfriend in the parking lot. We argued that that’s a kind of sex discrimination,” says Tiven, who called Hively “the highest-level case of its kind.” Indeed, the 7th Circuit became the first federal appellate court to rule that Title VII’s prohibition on sex discrimination also covers discrimination on the basis of sexual orientation.

Tiven notes that attitudes about LGBT rights in the United States have moved steadily in Lambda Legal’s favor. “We are really on the cusp of huge impact on legal strategies that we have been pursuing for many years where the courts have been catching up with public opinion.”

You could say that Richard Roe, the man denied a position as a police officer because he is HIV positive, is among the growing number of people benefiting from the changes brought about by advocates such as Tiven and Schoettes.

“I’m so indebted to them. The case had a huge impact on my life,” says Roe, who says the experience led him to law school—and who hopes to graduate this year. “I’ve spent so much time putting people in jail,” he says about his earlier work in law enforcement. “Now I’d like to try to get some folks out.”