H1N1 makes Shari Margolese and her son feel like pariahs.

How was camp this year?” I asked my son as he arrived home from a weeklong excursion to Vancouver, where he went to a camp for kids living with and affected by HIV. “It was the best year ever, Mom!” he exclaimed as he recounted campfires and campouts with his pals.

“I loved the leadership program! Next year, I will be a Level 2 leader, and I can stay at camp for a month.” I had encouraged him to enroll in the leadership program to boost his confidence as well as his résumé. My son has attended this camp for three consecutive years, and each year he enthusiastically brings home a renewed commitment to his life goals. This year, he also brought home something unexpected and unwanted—the H1N1 virus (a.k.a. swine flu).

We didn’t know we were to be statistics in the swine flu pandemic until about a week after my HIV-positive son’s return home from camp. “I don’t feel so good today, Mom. Can I stay home from summer school?” Any other time I would have allowed him to stay home, but this was different. Summer school had strict policies on attendance, and he had already missed two days of lessons to attend camp. We had decided together that camp was equally as important as summer school. My son had been through a tough year with med changes and viral instability. He needed to be with friends who would understand what he was going through.

So, we took a chance and gambled that he would not get sick, forgetting that camps are the perfect breeding ground for bacteria and viruses. With two more absences, he would be removed from the summer school program and fail to achieve an English credit that he needed to graduate with his class next year. Though he was sick after camp, I sent him to the shower, packed his lunch and dropped him off at school.

He made it through the day and the next day as well. However, on the third day, when I tried to wake him up (always a challenge with a teenager in the best of times) he looked at me with glassy eyes. He said, “Mom, I really don’t feel well.” I kissed him on the forehead, a mom’s way of checking for fever without alerting her child to the fact that he may indeed be sick. He was burning up. His temperature was 103.3 degrees Fahrenheit.

“He can stay home today, but if he is absent tomorrow he will be kicked out of the program,” said the attendance monitor at school. I explained the high fever and that it would be irresponsible of me to send him when he was so sick, dangerous for him and those around him. “It could be contagious,” I told the school administrator, but my plea for exemption from the truancy rules fell on deaf ears and I was told again that he had to show up the next day—with a doctor’s note—or risk expulsion.

Later that day, I took him to see our family doctor. When he heard my son’s symptoms upon returning home from summer camp, he masked and gloved up. He said, “Definitely the flu, most likely H1N1.” He said my son would be out of school for at least another two days. He gave us a doctor’s note and Tamiflu for both of us. I had also been exposed. “Make sure you don’t stay in the waiting room too long,” he said as we left his office. He also told me we shouldn’t have close contact with anyone for about a week. I felt like a pariah, something I hadn’t experienced since my early days with HIV.

Confined to our home, we took the Tamiflu and watched a bunch of movies. H1N1 was never confirmed because our local government had decided not to swab for the bug anymore, thinking the worst was over. My son recovered quickly, but not quickly enough to return to school and complete his much-needed credit. On the bright side, he didn’t have any complications and I didn’t get sick. I hope next summer he will again make new friends and learn new skills at camp, but will bring home only fond memories. 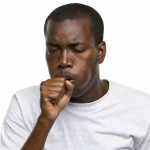 I have the flu. Is there anything I can take for it?