Matthew McConaughey and Jared Leto won at the Golden Globe Awards for their performances in Dallas Buyers Club, Entertainment Tonight reports. McConaughey was named Best Actor in a Motion Picture, Drama, and Leto got Best Supporting Actor in a Motion Picture. McConaughey plays Ron Woodroof, an HIV-positive heterosexual electrician who died of AIDS-related complications in 1992 after illegally smuggling HIV drugs not approved in the United States and making them available to other people with HIV. Leto plays Rayon, a transgender woman with HIV who assists Woodroof. Although neither mentioned HIV/AIDS specifically, both acknowledged the content of the film in their acceptance speeches. “This film was never about dying, it was about living,” McConaughey said. “To the Rayons of the world, thanks for the inspiration,” Leto said. 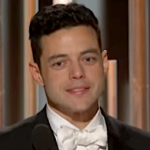